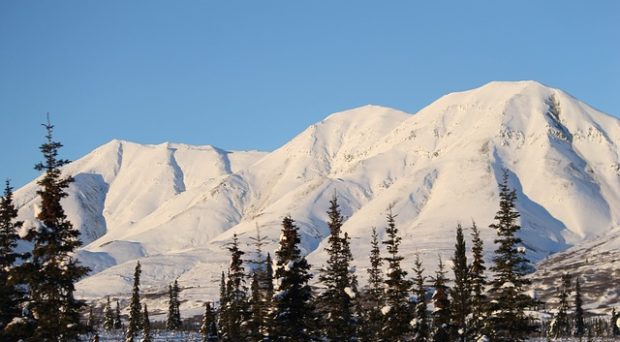 Rabies virus is dependent on host ecology and presents a significant public health threat throughout the world, including the Arctic and Subarctic where it is maintained by the arctic fox and possibly the red fox.

In Alaska it is limited to the coastal regions of northern and western Alaska. The reasons for the limitation to these enzootic areas (areas where a disease regularly affects animals) is not well understood. Openly accessible data and machine learning offer opportunities to predict the ecological niche of this important pathogen.

Using non-simplistic approaches can identify predicting variables that correlate with the occurrence of rabies virus detection. Our new research shows that rabies cases are closely associated with human infrastructure. By using only cases from enzootic areas these approaches could even predict areas of high risks of rabies occurrence outside of the enzootic part of Alaska, such as interior Alaska.

These findings indicate that similar factors drive epizootic outbreaks and the existence of enzootic areas. Thereby the new research opens the possibility to focus surveillance and prevention measures to areas of highest risk in the state. Furthermore the modeling approach can serve as a model for other regions in North America, and beyond, to better understand and manage wildlife rabies.

The management of rabies and other diseases of wildlife in the North is complicated by accelerated anthropogenic change in this high latitude region of the planet. These changes are driven by climate change that is more pronounced at high latitudes. This accelerated warming enables increased human development such as resource extractions and shipping in previously inaccessible regions.

To start assessing how the warming climate might influence disease distribution in Alaska one can utilize the model described in the new research to predict the change in the ecological niche of the rabies virus. By utilizing climate variables predicted for 2050 the new study shows a decreased area at high risk for rabies virus detection in Alaska in 2050 compared to 2010. However, the lack of reliable prediction on human development and infrastructure makes this prediction of future rabies distribution rather uncertain and more information is necessary to test it.

Several confounding factors suggest caution in this prediction on future rabies distribution in Alaska. These include limited surveillance and testing in remote areas and the possibility of transport of different variants of the rabies virus that could occupy a different ecological niche than the current Arctic rabies variants found in Alaska.

Taking this new research, together with previous studies on rabies virus variant distributions and host population genetics, we can start to elucidate possible drivers of rabies distribution in Alaska. By developing a first ecological niche model this new study provides a baseline understanding on rabies distribution that goes beyond the limited surveillance that is largely focused on areas close to human infrastructure.

These model-based predictions should be rigorously tested and improved upon in future studies to further increase their value to public health officials and wildlife managers in Alaska and beyond. This work should also serve as a model for approaches beyond Alaska to test the performance of these approaches on a larger scale.