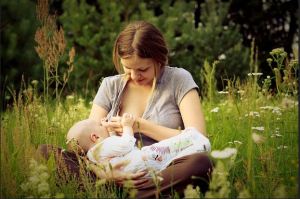 Missed out on some of our posts from the last month? Not for much longer! Here’s a selection of our most popular posts for you to read at leisure.

Did you know that telephone support can help new mothers to breastfeed? Or that a cyber version of wet nursing is flourishing over the internet? World Breastfeeding Week ran from 1-7 August this year, and to mark the start of it BioMed Central’s Natasha Salaria worked with the Editor of the International Breastfeeding Journal to bring you 10 things that you might not know about breastfeeding.

Ebola – what is it, and how do you recognize it?

Reports over the rapid spread of the Ebola virus in West Africa are rife, and fears are growing that the virus could spread to other continents. We spoke to Greg Martin, Editor-in-Chief of Globalization and Health and Consultant to the World Health Organization to get some answers about what Ebola is, how it presents, and what to do if you suspect a case.

On a personal note: cancer genomics and personalized medicine

Genome Biology’s Rafal Marszalek introduced the journal’s special August issue on the genomics of cancer progression and heterogeneity with a personal story. When his grandma died from cancer, genome sequencing was still decades away, nobody even dreamt of targeted therapy, nobody really knew what personalized medicine was. Rafal wrote on how the field of cancer genomics is now leaning more and more towards personalized medicine.

From impact factors to the cerebellum

Winners of the BMC Ecology Image Competition: As well as being an art form, photography is an important tool used by researchers to document their observations. Earlier this year, BMC Ecology launched its second image competition to showcase images of the natural world. Now we have the great pleasure of unveiling the winners.

Impact Factors demonstrate Open Access quality: It is a truth universally acknowledged, that a single journal in possession of a good impact factor must not be in want of good papers. Deborah Kahn, Executive Vice President at BioMed Central wrote about how impact factor is only part of the story.

The secrets of the ‘little brain’ – what do we really know about the cerebellum?: The cerebellum is best known for its role in muscle coordination, but what part does it play in cognition and behaviour? Last month, Liz Bal attended a conference where she found there is a lot more to the cerebellum than regulating motor movements…

Reading the new map of breast cancer: Research published last week in Genome Biology could improve treatments, and the targeting of treatments, for breast cancer. In this guest post, Cancer Research UK’s Dr Nick Peel described the history of the findings and what they could mean for future research.

Another hurdle for researchers from the EMA?: In early August, the European Medicines Agency (EMA) released a draft policy update on access to the data from the EudraVigilance database, which seems to imply they want the right to censor scientific work that uses the data. Ella Flemyng wrote about the possible implications.

Is dengue fever coming to Europe?: With the raising global temperatures, mosquitoes are venturing away from their tropical countries of residence and exploring new territories. As they relocate themselves they also bring various diseases with them, including dengue fever. Alanna Orpen wrote on new research that shows dengue fever could invade Europe.

‘Prostate cancers’ not ‘prostate cancer’ – revealing the many faces of ‘one’ disease: In this guest post, Dr Iain Frame, Director of Research at Prostate Cancer UK discusses what new research published in Genome Biology could mean for patients and health services, and what more is needed to provide effective support and treatment for men with prostate cancer.