Brexit is by far one of the hottest topics to come out of the UK in recent years. In 2016, the year in which the UK voted by referendum to leave the European Union, “Brexit” was the number one most-searched news event on Google in the UK (and number three globally).

The following year in 2017, the top “What is…” question that the British people asked Google was “What is a hung parliament?” And in 2019, the keywords “Revoke article 50 petition” and “What is a backstop” were among the top-trending searches of the year.

Like many other political issues, Brexit divided people into opinion camps, but the difference between Brexit and other issues is that it divided people across the political spectrum, not only adding a bit too much extra heat to family gatherings but also challenging the otherwise orderly political system of the UK in an unprecedented way.

The UK party system is well-known for its discipline and cohesion, and members of parliament (MPs) almost always vote along their party lines, except for issues regarding European integration.

In our study, we explored the extent of challenge exerted on the UK party system and develop a model which allows us even to predict the unexpected votes by MPs against their party, earning them the title of “rebels”.

Using Hansard (the official repository of the UK Parliament), we analysed the voting records of each MP in the 57th parliament, the legislature immediately following the 2016 referendum.

For each pair of MPs, we quantified how similarly they voted across parliamentary issues (also known as “divisions”). Note that MPs’ similarity scores could be negative if they tended to vote in opposing directions.

It won’t be surprising then if two Conservative MPs have a high similarity score or if a Labour MP scores negatively compared to any Conservative MP. In fact, we see that when non-Brexit issues are concerned, a majority of MPs voted along this pattern.

What is surprising is when two MPs from the same party have a large negative similarity score or when two MPs from opposing parties have a high similarity. This pattern was way more frequent when Brexit issues were discussed and voted on in the parliament.

Comparing the similarity scores with what is “expected” purely based on party affiliation, we came up with measures for “within-party repulsion” and “cross-party attraction”.

You can consider these two as “forces” that position MPs in the political space. However, to determine the position of an MP we need to calculate all the forces coming from all the other MPs.

This is where network science comes handy. Even off-the-shelf network visualization techniques lead to a very clear image!

This diagram shows the position of MPs relative to the rest based on the “forces” that encapsulate within-party repulsions and cross-party attractions. The most notable rebels are the ones who are positioned far from their fellow party members.

This goes beyond visualizations, however. Again, using the notion of “centrality” from network science, we calculated a rebellion score for each MP based on all the similarities and dissimilarities they show to other MPs.

As you can see in the table, the top rebels are the same MPs identified by the network visual inspection.

Our model has so far been used to understand who is not following their party, but could we have also used this to make predictions about how MPs vote in the future?

In other words, if UK Prime Minister Boris Johnson had known a bit of network science, could he have foreseen what was coming for him on the historic vote of October 22, 2019, when MPs voted down his timetable for the Brexit bill?

We did the math and predicted how each MP would vote on this deal and whether they would rebel against their party expectation, based on the data only collected until months before the day.

Our method could separate rebels from non-rebels with a staggering accuracy of over 90%!

There are two things that we learn here: First, nothing in the recent history of UK politics has blurred party lines in the way Brexit has; and second, even though it might sound confusing and unimaginable, network science can help us not only to understand it but also even to predict it!

Parliamentary debates, votes, and actions in general have been recorded for centuries, but only recently have we developed the tools to analyse the representatives’ behavior and interactions at scale almost in real time. This could be the beginning of a new data-driven politics. 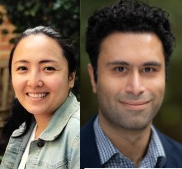 Taha Yasseri is an Associate Professor of Sociology and a Geary fellow of Public Policy at the University College Dublin, Ireland.