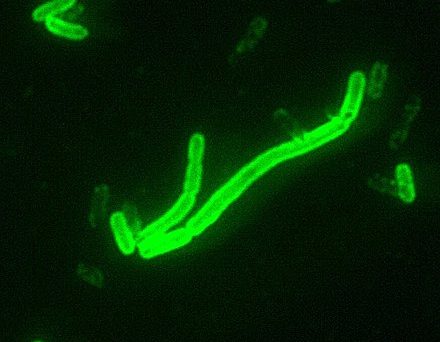 For well over 2 years the world has been in the midst of a pandemic caused by the SARS-CoV-2 virus. But this is by no means the first pandemic to hit the human population, they have visited humans since ancient times. Most notable are the Old-World plague pandemics, caused by the bacterium Yersinia pestis.

The first of these, the plague of Justinia, occurred between 541 and 750 AD and caused the death of large swathes of the population of the Near East, the Mediterranean basin and Europe.

A second plague pandemic occurred in two waves. The first wave, the infamous Black Death, lasted 8 years (1345-1353), and resulted in catastrophic upheaval in Europe, after causing the death of approximately 60% of the population of Western Eurasia. By contrast, the second wave lasted nearly 500 years, and erupted in sporadic outbreaks between the 14th and 18th centuries.

A third pandemic began in Yunnan, China in 1855. It spread across the globe, lasting until 1960 and resulting in approximately 15 million casualties worldwide.

Where was the geographical source of these plague pandemics?

Records suggest the Justinian plague was brought to Constantinople by rats in ships bringing grain from Egypt, but the original source is unclear.

Historical records suggested the first outbreaks of the Black Death occurred along the Lower Volga and the Black Sea regions, but this many not have been the origin.

With respect to the second wave of the second pandemic there is much more documental evidence, but there are two different views concerning the origin of these sporadic outbreaks. One is of the occurrence of multiple reintroductions into Europe from the East. In a previous blog, I discussed convincing findings that suggested each outbreak was initiated by a succession of climatic-driven plagues in Asian rodents. Each time, the plague moved eastwards along trade routes resulting in maritime introductions into European ports approximately 15 years later.

Alternatively, there is support for the hypothesis that, following the initial wave of pandemic, the plague bacterium remained in Europe in reservoirs in the local rat populations.

The ability to sequence genomes from ancient human remains is helping to establish what really may have happened.

In 2019 Maria Spyrou, Johannes Krause and colleagues published the results of the analysis of the genomes of 34 Y. pestis, identified in human remains taken from 10 European plague burial sites, whose death occurred at various times from the fourteenth century onwards.

Their findings supported the view that the initial wave of the second pandemic (the Black Death) did spread from Eastern Europe with the genomes exhibiting no genetic diversity.

However, combining their findings with other published work, they conclude that during the second wave of the second pandemic things may have been different. The bacterium had diversified into many distinct genomic clades, all derived from an ancestral strain that was present in Europe during the Black Death. Two sister lineages were identified, one of which was present in Europe for the whole of the second wave but appeared to die out at the end of the eighteenth century.

Their findings support the existence of local reservoirs of the bacterium, possibly in Alpine rodent populations, though they speculate that multiple new introductions may have occurred in the ports of Marseille and London.

Furthermore, they identified a deletion that would result in the loss of two virulence genes that occurred in strains from England and France, part of the now extinct sister lineage.

In contrast to the environmental approach mentioned earlier, this supported the view that sporadic plague outbreaks occurring from the 4th to the 18th century did indeed originate from local reservoirs rather than from new introductions.

The source of the Black Death

Earlier this year Maria Spyrou, Johannes Krause and colleagues published new findings in Nature, again based on genomic analysis of Y. pestis, but this time shedding light on the origin of the first wave of the second pandemic.

The contents of ancient graves from trading communities located in what is now northern Kyrgyzstan gave them the clue.

The story begins with medieval historian Philip Slavin (University of Stirling), who recognised that engravings on the tombstones of 118 people buried between 1338-39 suggest an epidemic of “pestilence” occurred a decade before the Black Death hit Europe.

DNA analysis of 7 bodies exhumed from 2 of the cemeteries, located near Lake Issyk Kul in Kyrgyzstan, gave clear evidence of Y. pestis infection. Two of these ancient Y. pestis genomes were reconstructed and found to belong to the same strain.

Maximum likelihood phylogeny suggests there was an explosion in the diversity of strains about the time of the Black Death, giving rise to 4 lineages, three of which are still present across the world. This recent work has shown that the strain found in the graves in Kyrgyzstan is the ancestral strain of all these extinct and extant lineages.

Sporadic outbreaks of bubonic plague still occur today, notably in Madagascar, the Democratic Republic of Congo and Peru. Thankfully, its susceptibility to treatment with antibiotics makes the occurrence of another pandemic unlikely.