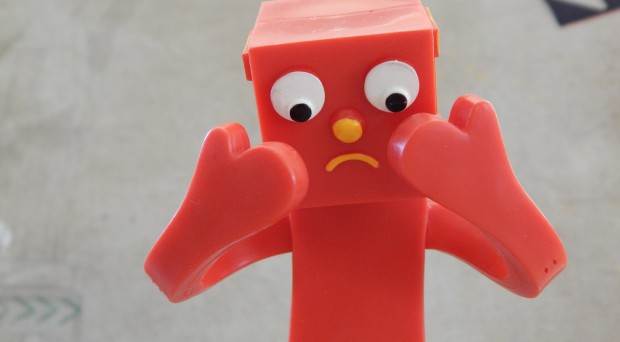 How to deal with rejection of your manuscript
Pixabay

When faced with rejection news myself, my first reaction was disbelief and despair – “What? How could the Editor not see the importance of my paper! Are they crazy?”

I don’t think it’s an over-reaction to say I was shocked and upset when I received my first ‘reject’.

What I wanted to do was immediately fire off an angry response to the Editor. Fortunately, I remembered what Louisa Flintoft, Editor of Genome Biology recently told a group of early career researchers at a BioMed Central Roadshow: the one important thing you should do when faced with rejection is to ‘sleep on it’.

She’s right of course, although in my case I slept on it for about a week …

Receiving a negative reaction to something you value feels like a kick in the teeth.

Receiving a negative reaction to something you value feels like a kick in the teeth. As the week went on, the initial shock and denial turned to anger, upset and frustration, then a more quiet acceptance and resolve. In fact, rather embarrassingly my emotions mirrored the classic grief model.

Only when I was completely calm was I able to talk about this openly to co-authors and colleagues and discuss the potential next steps. There are several options of course, depending on the reason for rejection and whether it occurred before peer review or after receiving reviewer reports. This is why in hindsight it’s good not to have fired off an immediate angry email to the Editor – it’s hard to go back to the journal after you’ve done that.

Perhaps the most frequent reason for pre-review rejection is perceived lack of interest or poor fit to the journal’s scope. If the Editor seems to have misunderstood something you can go back and clarify the advance or match to the journal’s remit as you see it.

What if the reason for rejection isn’t based on ‘interest grounds’ or ‘fit’? Is there an option for a rational appeal? There may well be! Editors and reviewers are only human after all, and if they overlooked something, or had a valid concern that you can address, then it’s definitely worth contacting the Editor and stating your case.

But there has to be a rational reason for the appeal not an emotional one. There are also reasons the Editor would not reconsider a paper – for example if the study is unsound, or breaches the journal’s editorial policies, such as not having ethics approval for a study involving humans. This is why it’s so important to plan ahead to avoid these problems later.

When writing to the Editor, explain politely why you disagree with the decision to reject your paper and back up your argument with evidence.

When writing to the Editor, explain politely why you disagree with the decision to reject your paper and back up your argument with evidence. Editors are reasonable people and if the journal is a member of COPE (the Committee on Publication Ethics) then they are obliged to consider appeals.

An Editor may be willing to consider a resubmission defending the approach taken, or with additional evidence. But, if after further consideration or advice, the Editor won’t change their mind, then so be it, their decision is final. Even if you disagree, the Editor may have a good reason not to reconsider. Sometimes Editors make mistakes, but you can have closure in that you’ve said your piece, and can move on to submit to another journal. Or, if you are in the field of ecology and evolution, maybe you want to try a different approach, such as that offered by Axios Review or Peerage of Science.