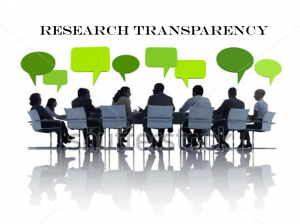 On 18 September 2014, following a call for comments from the Health Research Authority (HRA) on their proposals to promote transparency in research, key stakeholders met to discuss feedback on the proposals and what the next steps should be for registering and reporting clinical trials in the UK.

Times are changing for clinical research. The passing of the European Union Clinical Trials Regulation (EU CTR) in April this year will mean changes to how clinical research is approved and conducted. The EU CTR comes into effect in 2016, so it is time to learn from past mistakes and start preparing for a new paradigm.

This is what the HRA has done; it has started the ball rolling for the UK.

Founded in 2011, the HRA aims to safeguard patients and streamline research regulation, aiming towards a unified process for approving research by working with bodies such as the National Institute for Health Research and Medicines and Healthcare products Regulatory Agency. With the coming changes to legislation in Europe, the HRA launched a call for comments on new regulatory proposals regarding clinical trial registration and reporting in the UK in April this year. This is part of an ongoing process to ensure that the UK’s clinical trial legislation meets and exceeds the new standards set by Europe.

For almost a year now, sponsors have had to declare that the clinical trial being considered for ethical approval has been registered as a formal condition for Research Ethics Committee (REC) approval. The first HRA proposal built on this to check sponsor compliance, updating the sponsor declaration to state that all clinical trials approved since 30 September 2013 have been registered, to take effect from next Tuesday 30 September 2014.

On 18 September 2014, key stakeholders met with the HRA to discuss these proposals. Janet Wisely, Chief Executive of the HRA, and Tom Smith, Director of Quality Standards & Information HRA, led the morning discussions with feedback from the call for comments and deliberations on moving forward. All agreed that the HRA had addressed the concerns highlighted during the call for comments satisfactorily and that there is mandate for the HRA to proceed with both proposal one and two. Trish Groves, Deputy editor of the BMJ and Editor in chief of BMJ Open, highlighted the need to ensure the HRA’s requirements are in line with clinical trial registration ‘best practice’, such as those outlined by the International Committee of Medical Journal Editors.

How phase I studies in healthy volunteers would fit into the framework was a more contentious issue. These are studies that do not assess the efficacy of the intervention itself, but instead evaluate the safety of the intervention in humans (hence the healthy volunteers). Some challenged that the prospective registration of phase I studies could reveal confidentially commercial information and effect patent considerations; however, at this point the HRA’s proposals will continue to include phase I registration within the sponsor declaration, although deferral will be possible.

Concerns were also raised that the EU CTR will create disparity between Europe and the rest of the world regarding clinical trial transparency legislation, particularly in regards to the registration of phase I trials, and that the HRA moving forward before the EU CTR comes in effect will create an even greater rift for the UK. There were calls for a global playing field with regards to clinical trial legislation, which sounds like a great idea in theory, though may be more than a little difficult to implement.

Highlighted in the meeting’s closing remarks, there was a disappointing lack of academic representation, both within the room and the public comments on the proposals, despite invitation from the HRA. As academics have a vital role within clinical trials it is crucial that they also voice their thoughts on these HRA proposals.

It’s exciting to think this is just the beginning. Improving research transparency is now at the forefront of most people’s agenda and with the EU CTR only a few years away the momentum of changes within the UK will only increase. I think over the next few years there are going to be some great debates on research transparency, though I think one thing is clear; it’s not a question of if, it’s a question of when and how.

The first official updates from the HRA will be available very soon. Watch this space.