What social phenomena are the most difficult to grasp and describe quantitatively?

There can be no general answer to that question. Researchers interested in individual differences may say that getting to the bottom of individual personalities, or how they differ, is really challenging. Other researchers working on social groups may say that aggregate scores do not adequately present the reality of the dynamics in groups.

Researchers dealing with contextual phenomena at local, regional, or global levels may lament the fact that access to high quality data is difficult and the “right” level for aggregating data to describe the phenomena of interest cannot be disentangled. Understanding how to quantify characteristics through questionnaires used in different cultures and languages is incredibly interesting, because here the comparability of scores can be seriously hampered.

What does excite you most of your research activity and field?

Asking questions and getting answers that can be considered valid to describe a situation or a population more generally – more than just the group of people observed in a single lab study, at one particular research site, in a particular city or country. At the same time, populations are heterogeneous, and the differences within populations play a crucial role when analyzing data or drawing inferences. This is not always taken into account because we sometimes tend to overgeneralize our own (local) findings.

We believe this is an exciting time where we can finally start describing populations, groups, behaviors and social phenomena more adequately – with all the complexity that needs to be considered. It has become possible to supplement and validate the measures we use with real behavioral data from participants, because data acquisition in daily life becomes technically possible and virtually ubiquitous.

What is GESIS about?

GESIS – Leibniz-Institute for the Social Sciences is the largest German infrastructure institute for the social sciences. With its expertise and services, GESIS stands ready to advise researchers at all levels of their projects. With this support socially relevant questions can be answered on the basis of the newest scientific methods, high quality data and research information.

GESIS’ activity is targeting scientists who work with methods of empirical social research, especially at universities and non-university research institutions in Germany and throughout the world. The institute carries out interdisciplinary research in the four areas of survey methodology, research data management, contemporary societal issues, and applied computer science, and at their interfaces. GESIS is committed to the principle of open science. Beatrice Rammstedt is professor of Psychological Assessment, Survey Design and Methodology at the University of Mannheim as well as vice president and scientific director of the department Survey, Design and Methodology at GESIS – Leibniz Institute for the Social Sciences. Her research interests include issues from questionnaire design and validation to assessing non-cognitive skills (special focus on Big Five personality dimensions) to the methodology of cultural comparative large-scale studies. Prof. Rammstedt is a member of several advisory boards, such as the OECD expert panel on the measurement of personality traits and non-cognitive skills in PIAAC, the advisory group „Framework Programme Educational Research” and the scientific advisory board of the “Decade for Literacy” – both launched by the Federal Ministry of Education and Research, Germany (BMBF). She has authored or co-authored more than 100 papers which are highly perceived by the research community (>4500 citations). 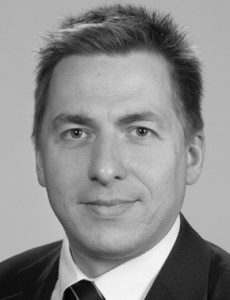 Having studied psychology at the Universities of Trier and Heidelberg (1997-2003), Dr Matthias Bluemke worked on his PhD-Thesis, titled „Chances and risks of psychological diagnostics with implicit association tests (IAT)“ (2006). Afterwards he taught and did research at the Social Psychology Department at Heidelberg, except for two years (2010-2012) when a DFG postdoc stipend supported his work as a visiting scholar at the University of Otago, Dunedin, in New Zealand (Social Cognition Lab). Parallel to working he studied Medical Biometry/Biostatistics at the University of Heidelberg (2014-2017), where he obtained his Master of Science. Since 2016 he has worked at GESIS – Leibniz Institute for the Social Sciences, in the Survey Design & Methodology (SDM) department. He is currently member and deputy leader of the team Scale Development and Documentation (SDD), with a focus on and instrument development and method consulting.