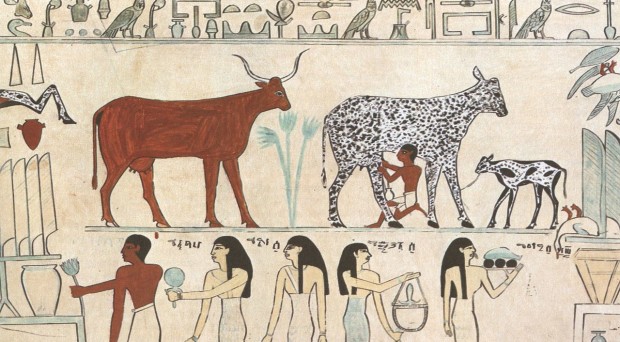 Strange as the concept of domesticating a pathogenic microorganisms sounds, it is not as far-fetched as it may seem on first inspection. We already use many microorganisms for our benefit every day, from the yeast used to bake our breads to the fungal-derived antibiotics that have revolutionised our ability to overcome infectious diseases – diseases that at one time only meant a death sentence.

These microorganisms are, of course, not harmful (to us at least) and have easily integrated into human life – in the case of yeast it has been used in baking and brewing for millennia and now is important in biofuel production also. However, the manipulation of pathogenic microorganisms throws up a whole host of challenges and raises many ethical questions, yet it may surprise you to learn that it has already been done to some extent.

The lesser of two evils

In 1796, when Edward Jenner inoculated a boy with the cowpox virus, he was using a pathogenic virus that caused a milder disease to elicit an immunological reaction that would confer protection against a far more devastating disease: smallpox. Vaccine design is much more tightly regulated and far more sophisticated than in Jenner’s time, but the general concept is still the same. Nonetheless, the pros and cons of vaccination are still contested today.

In the name of beauty

Clostridium botulinum is the bacterium that produces botulinum, a toxic chemical or toxin that is potentially fatal to humans. And yet, the toxin is produced commercially for use in medicine to treat conditions such as chronic migraines. It is also used in cosmetic surgery to treat wrinkles. However, due to its potentially fatal nature, the toxin always comes with a warning as it has been linked to several deaths.

A fungus to dye for?

Claviceps purpurea is a fungus that causes ergot, a disease affecting a broad range of grasses including cereal crop plants such as rye. The ergot fungus is also pathogenic to the animals (including humans) who eat affected crop – the disease is known as ergotism or Saint Anthony’s Fire. The disease manifests in convulsive symptoms (such as spasms and diarrhoea) and dry gangrene. It can lead to death and it is thought that there have been numerous ergotism epidemics throughout history. It was known as the Great Fear during the Middle Ages.

Ergotism has also featured quite sinisterly through human history in other ways: fungus extracts have been used in ritual killings and, during the Salem witch trials, people suffering from ergotism were suspected of possessing witchcraft (because of the convulsions).

Despite its reputation, our ancestors have harnessed the properties of the fungus for their benefit. Fungus extracts have been used to hasten childbirth or to induce abortion for hundreds of years. In more modern times, fungus extracts (specifically alkaloids) have been used to treat migraines, but now there is the potential to manipulate the fungus at the molecular level to produce chemicals for us.

An article published last month in Fungal Biology and Biotechnology describes the first identification and characterisation of genes that code for certain pigments in the ergot fungus, particularly red and yellow pigments. With the characterisation of these genes, there is the potential now to mass produce eco-friendly dyes cheaply. In this case, the pigment genes can be put into less harmful microorganisms which can then be farmed, eliminating the risks associated with using the ergot fungus itself.

In summary, pathogenic microorganisms could become ‘domesticated livestock’ from which we could ‘farm’ compounds for our own use but, as we have learned with vaccines, botox and even ergot alkaloid use, exploiting pathogenic microorganisms does come with dangers, making them, at present, a ‘use with caution’ type of technology until we can eliminate most of the associated dangers.