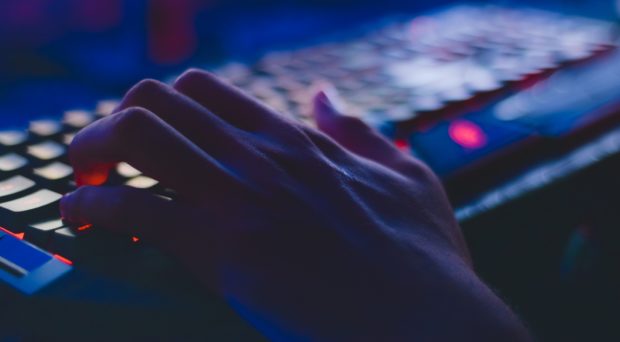 Photo by Soumil Kumar from Pexels

The problem of understanding how being in a group changes the way we behave has been subject of intense research in psychology since the beginning of the past century. The beginning of the XXI century gave rise to a new kind of group: the online crowds. Nowadays, it is no longer necessary to have all individuals in the same place in order to have a ‘crowd’. What is more, it is possible to connect together thousands, even millions, of individuals in a matter of minutes.

In the work recently published in EPJ Data Science, we study one such occasion that gathered millions of users: Twitch Plays Pokémon. During this event, a developer started to play a game of Pokémon and streamed it live in the popular streaming platform Twitch. Instead of playing, he chose to attach the input of the game to a chat window, so that anyone who joined the stream could control the character by typing which command to perform next. This resulted in a completely crowd-controlled game with over a million minds trying to collectively complete the game.

The first thing that might come to one’s mind when hearing about this event is the famous notion that an infinite number of monkeys with typewriters will eventually write all the works of Shakespeare. Indeed, in this game there were thousands of people sending what at first glance might look like random commands to the character. Yet they were only able to complete the game in 16 days, whereas the average individual can do so in 26 hours, suggesting that this process was not completely random.

A tiny fraction of individuals, who might seem irrelevant when compared to the whole crowd, can be fundamental for its success.

Our research shows that in order to advance through the game it is important to have users deviating from the norm. In other words, under certain circumstances, users who were only trying to annoy the rest of the crowd (commonly known as ‘trolls’) could have actually been beneficial for the system. This result shows that a tiny fraction of individuals, who might seem irrelevant when compared to the whole crowd, can be fundamental for its success.

Later on in the event, the developer introduced some changes in the input system of the game that made the dynamics even richer. From the sixth day on, it became possible to vote on whether the game was going to be played in ‘democracy mode’ or in ‘anarchy mode’. In the former, every five seconds there would be a vote to choose which command to execute next, while in the latter, all commands would be executed without any control.

The option to play in ‘democracy mode’ or ‘anarchy mode’ split the crowd into two very different communities.

We observed that this change split the crowd into two very different communities: anarchists and democrats. The dynamics governing these two communities are quite complex as even though there were more democrats than anarchists, most of the game was played under anarchy. We also discovered that the members of these communities would chose to stop voting rather than publicly changing their opinion.

This particular event, and many others, demonstrate the little we know about online crowds. On one hand, it is possible to find reflections of the offline world in them. But, at the same time, we can see that they are governed by their own rules.

If we want to fully understand our society and our online selves, we cannot keep searching only with the lenses of the past century. Alberto Aleta is a PhD student at the University of Zaragoza and member of the Complex Systems and Networks Lab (COSNET). His research interests include complex networks, computational social science and data science.