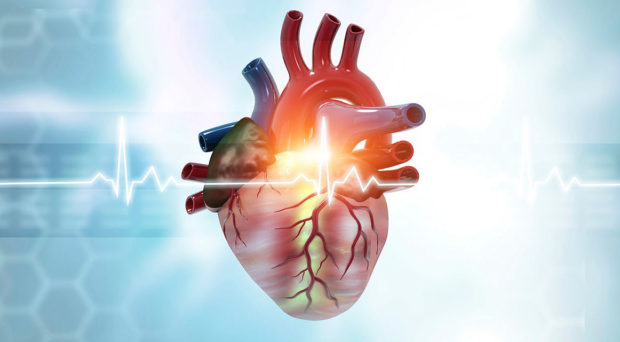 Lowering blood sugar, however, seems to reduce risk. The UK Prospective Diabetes Study showed that every 1% lower HbA1c reduced the risk of heart attack by 14%, and although differences in HbA1c between the intensive and standard treatment groups were lost after the first year, the reduction in risk of heart attack and death persisted for 10 years, indicating a lasting effect of short-term improved blood glucose in patients with newly diagnosed diabetes. However, lowering glucose too much with medication, to the point of severe hypoglycemic (low blood sugar) events, could have negative effects.

Fortunately, diabetes treatment has come a long way. GLP-1 receptor agonists and SGLT2 inhibitors deliver improved blood glucose control with a low risk of hypoglycemia and a reduced risk of cardiovascular events. And now, significant evidence exists that nutritional approaches, like a ketogenic diet, reverse diabetes (i.e., the process of lowering glucose and deprescribing medications), or even put diabetes into remission by returning blood glucose to prediabetic levels without the need for medication.

Taken together, evidence suggests that improved glucose outcomes and diabetes remission from nutritional approaches could also favorably impact cardiovascular disease and events. The lower carbohydrate and higher fat Mediterranean diet is the only nutritional approach with evidence of a reduced risk of actual cardiovascular events (like a heart attack or stroke) or deaths related to a cardiovascular cause in both primary and secondary prevention, coming from the PREDIMED and Lyon Diet Heart studies, respectively.

Although LDL is considered causal in atherosclerosis and cannot be ignored in clinical practice, it also can’t solely inform risk assessment, as LDL-C can often be discordant with the number of LDL particles. In fact, calculated risk scores to help clinicians judge risk often don’t include LDL-C, but instead rely on several other markers of risk like total cholesterol, HDL-C, and blood pressure.

The process of atherosclerosis is gradient driven, and measures reflective of the number of particles, like LDL particle number and ApoB, and non-HDL-C are better markers of risk than LDL-C and are included in practice guidelines. These markers are typically not changed by a ketogenic diet, as we observed. We also found that the thickness of the carotid artery wall, another marker of atherosclerosis, was unaffected.

Even when LDL-C lowering is achieved through statin treatment, residual risk can remain from high triglycerides, low HDL-C, and more small LDL particles. This constellation of characteristics is referred to as the atherogenic lipoprotein profile (ALP), and it is the most common dyslipidemia in patients with T2D. The ALP was normalized in a significant proportion of patients advised to consume a very low carbohydrate diet over 2 years in this research study. Other risk factors for cardiovascular disease like obesity and inflammation improved; most patients lowered HbA1c and some put diabetes in remission.

Our research shows that very low carbohydrate diets including nutritional ketosis can result in a plethora of improvements in cardiovascular risk factors. This, coupled with no change in LDL particle number and carotid intima media thickness, suggests cardiovascular safety alongside the reversal of T2D to lower blood glucose levels, even to the point of remission.

Our research shows that very low carbohydrate diets including nutritional ketosis can result in a plethora of improvements in cardiovascular risk factors.

The impact of nutritional ketosis on cardiovascular outcomes like heart attack, stroke, and hospitalization or death from a cardiovascular cause, however, remains an open question. The evidence certainly points in the right direction, and this coupled with the reversal of diabetes seems like a win-win.

So, are we willing to let PREDIMED and the Lyon Diet Heart Study be the last cardiovascular outcome trials in nutrition? Or are we ready to put this intervention of a very low carbohydrate diet including nutritional ketosis with sustained, long-term benefits to the test?

Our patients deserve to know. Amy McKenzie, PhD is the Director of Research and Innovation at Virta Health, where her research focuses on the development and clinical applications of a continuous remote care model through which patients are advised how to achieve and sustain nutritional ketosis for improved health outcomes.

Shaminie Athinarayanan, PhD is an Associate Director of Clinical Research at Virta Health working on clinical projects related to nutritional ketosis and type 2 diabetes and its associated complications. She has a PhD in Interdisciplinary Life Sciences focused on NAFLD and pharmacogenomics.

Sarah Hallberg, DO, MS is the Medical Director at Virta Health and is board certified in Internal Medicine, Obesity Medicine, and Lipidology. She is also Adjunct Clinical Assistant Professor of Medicine at Indiana University School of Medicine and Executive Director of The Nutrition Coalition.

Brittanie Volk, PhD, RD is a research scientist at Virta Health, where she began in 2014. As Associate Director of Clinical Research and member of the American Diabetes Association, she remains committed to the research and translation of science-based nutrition.

Dr. med. Katharina Lechner is a board certified internist with a special interest in lipidology. She does translational research on lifestyle factors and cardiovascular disease. Personally and professionally, she is passionate about determinants of health span/cardiovascular aging and is currently training at the German Heart Center on Munich to become a preventive cardiologist.

Sarah King has a PhD in Biological Sciences and Public Health from Harvard University and has been working at UCSF (previously Children’s Hospital Oakland Research Institute) in the field of lipoprotein research since 2012.She enjoys the challenges of scientific experimentation (especially trying to figure out “unexpected” outcomes) and is passionate about mentoring young scientists through the Summer Student Research Program at UCSF Benioff Children’s Hospital Oakland.

James McCarter MD PhD is Medical Director at Abbott Biowearables and Adjunct Professor at Washington University School of Medicine. Previously, he was Head of Research and Clinical Operations at Virta Health and President and Chief Scientific Officer of Divergence, Inc.

Ronald M. Krauss, MD is Professor of Pediatrics and Medicine and Dolores Jordan Endowed Chair at UCSF, and Adjunct Professor of Nutritional Sciences and Toxicology at UC Berkeley. His work identified the atherogenic dyslipidemic phenotype of type 2 diabetes, and the impact of lower carbohydrate intake and weight loss on this trait.

Latest posts by Amy McKenzie and colleagues (see all)