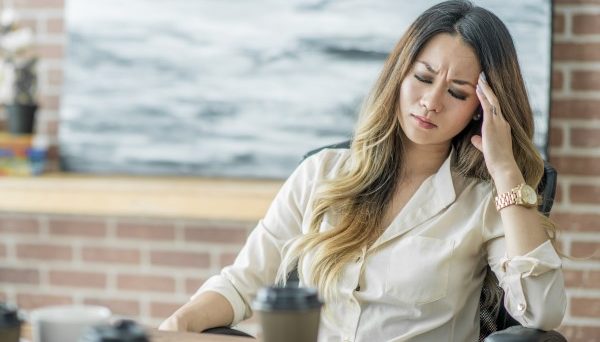 Migraine is the most common brain disorder in people aged under 50 years. Migraine attacks occur with external and internal triggers in susceptible individuals.  Migraine food triggers such as chocolate, cheese, wine, and citrus fruits are well known, but it is still a mystery how they start a migraine attack. It is also unclear why food triggers do not always cause headaches and why there are certain episodes when migraine patients are more prone to food triggers.

Certain ingredients in these food triggers inhibit a group of enzymes known as sulfotransferases (SULT) which are involved in the detoxification of drugs and chemicals and the metabolism of neurotransmitters and hormones. For example, quercetin and catechin in chocolate, hesperidin in orange and lemon, quinic and caffeic acids in coffee, and epicatechin gallate in tea and red wine inhibit SULT1A1 enzymes.

Migraine attacks are usually treated with nonsteroidal anti-inflammatory drugs (NSAIDs) and the overuse of analgesics transforms migraine into chronic migraine, which is defined as having headaches on more than 15 days per month. Surprisingly, NSAIDs have also been shown to inhibit SULT1A1 enzymes. The mechanism underlying the link between medication overuse and the transformation of migraine is unknown.

We hypothesized that sulfotransferase inhibition was the common mechanism by which food triggers and analgesics synergistically affect migraine susceptibility. Medication overuse by inhibiting these enzymes could make migraine patients more susceptible to triggers, and food triggers even in low amounts could result in chronic headache with exacerbations.

Therefore, we developed a medication overuse headache model by administering mefenamic acid to rats for 4 weeks. We also used hesperidin from citrus fruits. Brain waves and cortical spreading depression (CSD) were recorded using microelectrodes to evaluate cortical excitability and migraine susceptibility. Pain behavior relevant to migraine and anxiety behavior were also assessed. At the end of the experiments, brain samples were collected and SULT1A1 enzyme activity was measured. 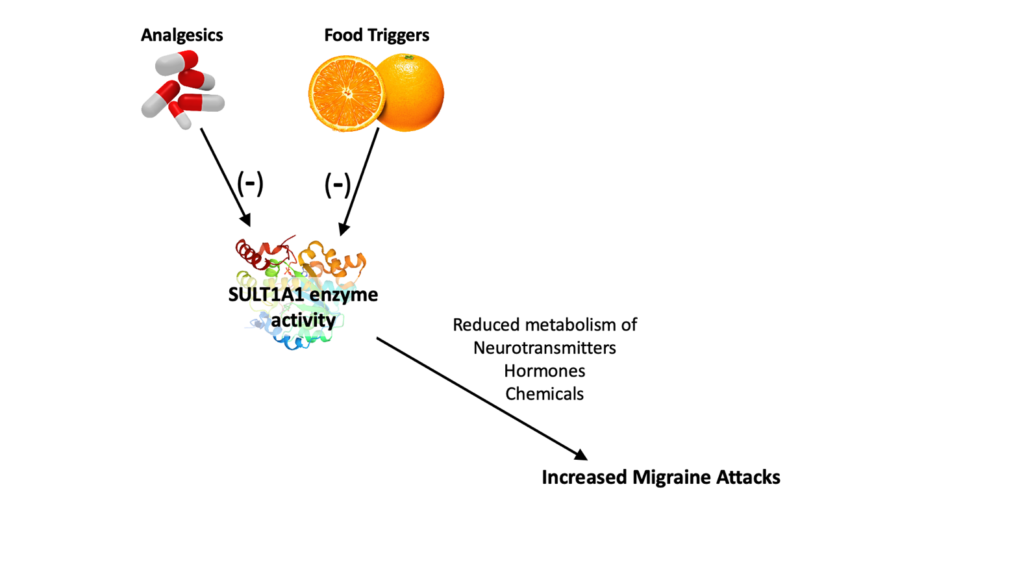 Our research showed inhibition of sulfotransferase enzyme activity as a new mechanism by which analgesic overuse transforms migraine into chronic migraine. We also showed that migraine food triggers via SULT1A1 inhibition may further increase migraine attacks in chronic migraine patients with medication overuse. Chronic analgesic use increases CSD susceptibility and could make the brain more susceptible to the effects of migraine triggers. Under these circumstances, even subthreshold triggers that cannot initiate a migraine attack alone may initiate a migraine attack.

We believe SULT1A1 inhibition is a common mechanism by which medication overuse and migraine triggers affect migraine susceptibility, which may provide a new potential treatment target. Doga Vuralli is a neurologist, algologist and lecturer at Gazi University Faculty of Medicine. She obtained her basic medical degree and training at Hacettepe University, Faculty of Medicine, Ankara, Turkey. She completed her neurology residency and algology fellowship at Gazi University, Ankara, Turkey. She is the recipient of the International Headache Society Fellowship 2016 Award. She worked with Cenk Ayata at Massachusetts General Hospital, Harvard Medical School, USA, between January 2017 and February 2018. She is involved in translational migraine research and neurophysiological studies focusing particularly on dysfunctional sensory processing in migraine. She is a fellow of the European Board of Neurology and a member of the International Headache Society.

Hayrunnisa Bolay is a Professor of Neurology and Algology, working as a headache specialist at Gazi University in Ankara, Turkey. She is the director of Neuropsychiatry Centre, Neuroscience and Neurotechnology Center and a member of the Turkish Academy of Sciences. She has been actively involved in clinical and basic headache research particularly related to the pathophysiology of migraine, cortical spreading depression, thalamocortical excitability and multi-sensory disturbances associated with migraine and COVID-19 headache.