Ever wondered why dragons have reigned supreme through fantasy, pop culture, and myth alike? With these winged reptiles are prevalent across our many cultures, from books and television – think Game of Thrones – to ancient mythology.  Here we take a look at how they flew to the top.

Hi, I’m James, and I have a confession to make: I’m a huge Game of Thrones fan. So it’s no surprise that I’m here writing a blog about dragons and their incredible popularity across time and culture.

I’m not the only one who’s interested in this pop culture frenzy. Dean Burnett recently beat me to it by writing about our affection for dragons and what the cause of it may be in his blog on The Guardian blogs network. For the record, it’s a great read, so make sure you take a look.

We see herds and herds of mythological creatures, from the minotaur, to the griffin,  to the snake-haired Medusa, yet none of these have reached the iconic status of the dragon. What is it about these fantastical beasts that keeps them so firmly at the top of the mythical pecking order?

When you think of a dragon lookalike, what’s the first creature that comes to mind? Snakes certainly fit some of the criteria. Dragons are often depicted having long serpentine bodies or elongated necks: either way they’re pretty snake-like. Coincidence? I think not. Snakes have the fearsome face, the sharp fangs, the fabulous figure. 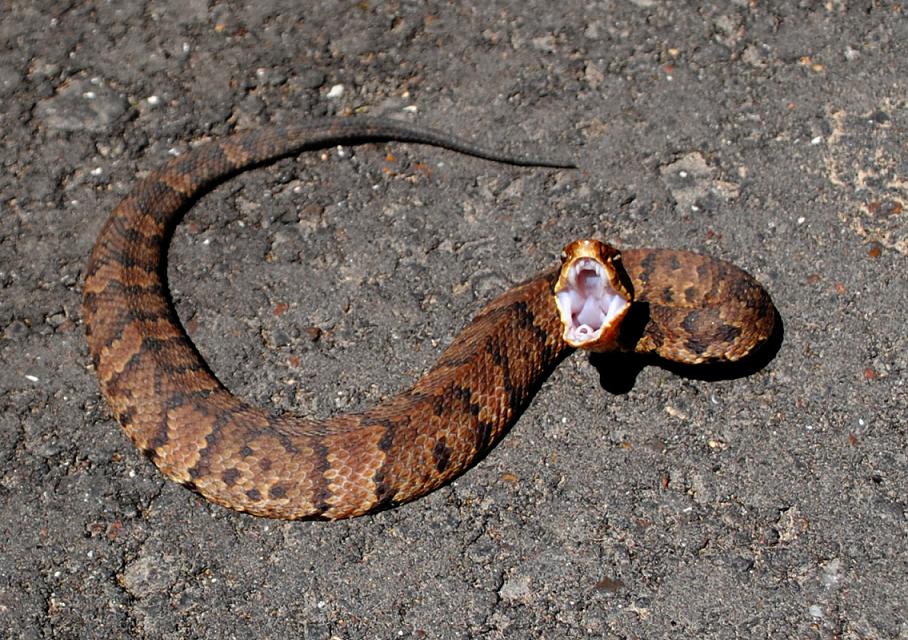 We’re also innately scared of snakes – the fear of them is rooted in our evolution It’s not just us either: researchers identified a hard wired fear of snakes in the primate brain of macaque monkeys too. With an image of fearful stimuli engrained in your mind, you’re more likely to identify the creature if it ever arrives – and that makes escape just that little bit quicker. Being a nervous person may actually have its advantages! It’s safe to say snakes are not well received by the public. Many are aggressive, fearsome, and, most of all, deadly. In research from Journal of Venomous Animals and Toxins, it was found that snake bites still plagued the people of Nigeria: a forgotten issue that affects many in West Africa.

Bites even leave a psychological mark, as the experience in itself is absolutely terrifying. After a snake bite research has found that victims may experience post-traumatic stress disorder.

Given this, it doesn’t seem so surprising that the idea of a dragon – which you could see as a giant, fire-breathing snake with legs – has the power to capture our imaginations, through fear if nothing else.

It’s safe to say that dragons are a diverse bunch. In countries like China we see the dragon stretched into a serpentine shape, but the dragons of Europe are much more mammalian with four legs and a body like a dog. Don’t believe me? Take a look for yourself:

Spot the difference: A European drawing of a dragon (Left); the Chinese dragon (Right)

It just so happens that Europe had a bit of a dog problem in times gone by. More specifically, wolves prowled France and spread their fair share of terror. Single wolves gained statuses similar to those of the mythological dragons.

One wolf in the forest of Cinglais killed up to 30 people, and survivors named it ‘Therende’. It was huge in size, red furred, and fearsome. Eventually there was a large scale hunt involving 5000 men, and after 3 days the wolf was fatally shot. Doesn’t this tale sound similar to legendary stories of dragon slaying? ‘Therende‘ the wolf in action, terrorising the people of France. Looks rather dragon-like, wouldn’t you say?

Lately, we’ve seen a softer side to dragons. I mean, let’s face it, how cool would it be to keep a dragon as a pet? .

In How to Train Your Dragon, we see a young boy, well, train a dragon. Meanwhile, in HBO’s Game of Thrones, we see Daenerys, aptly named ‘Mother of Dragons’, sitting with her dragon’s head resting in her lap. The idea of developing a bond with a fearsome creature is one that appeals to us. And, guess what? We’ve done it before. 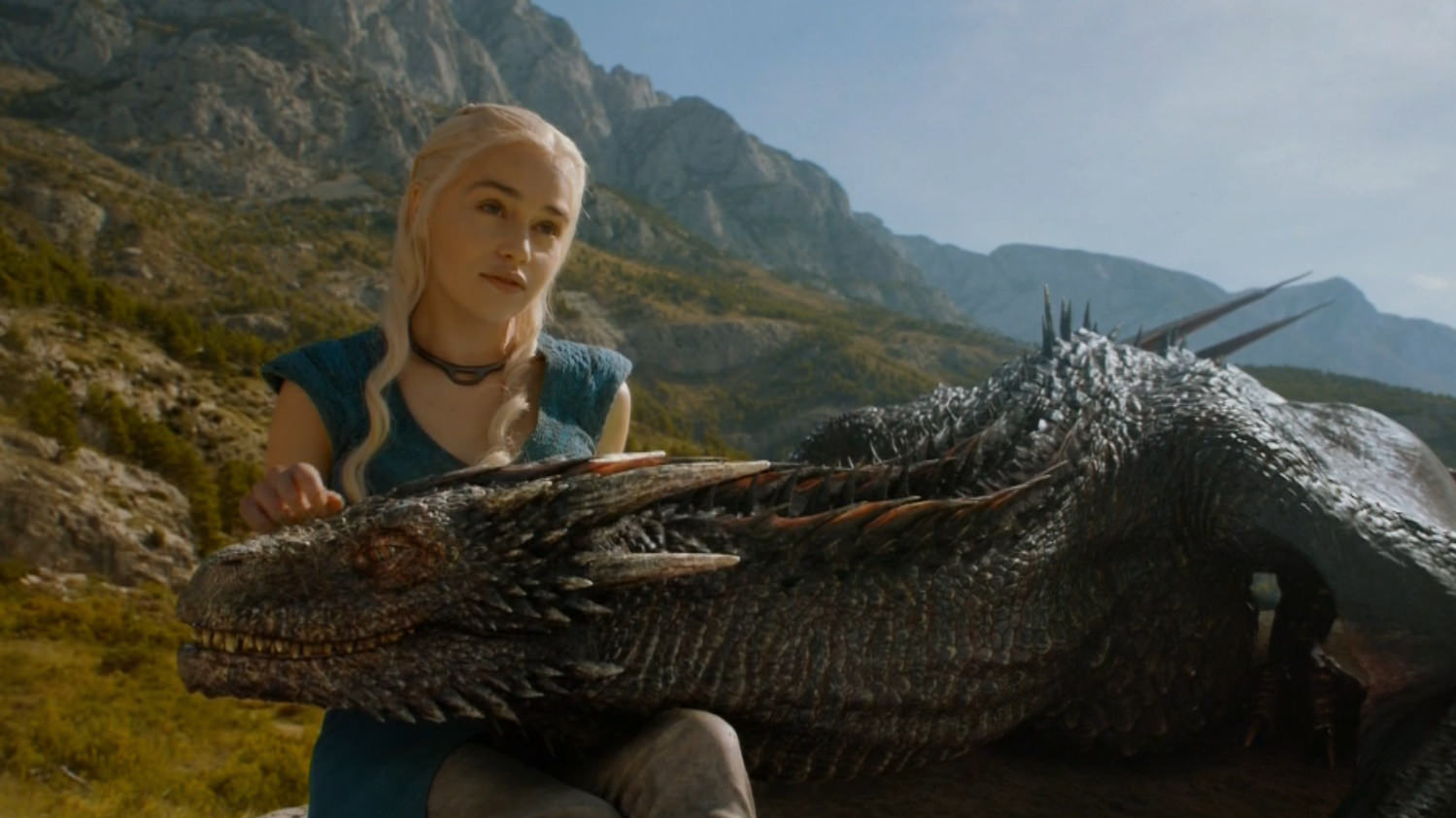 Look at the number of pets we have nowadays: cats, dogs, chinchillas, iguanas. The list goes on… Us humans have managed to conquer and domesticate a vast array of beasts, many of them dangerous.

Let’s get back to wolves. Researchers believe that even early hunter gatherers had canine companions. It was also suggested in Journal of Biology, that wolves may have started as scavengers of camps and eventually found companions in humans. Either way, this domestication didn’t just happen overnight.

Throughout generations, we’ve been breeding and influencing the growth of dogs, moulding them into our ideal companions from the feral wolves they once were. Could this reflect our desire to influence and manage the terrifying aspects of nature?

To me, dragons reflect an aspect of human psychology and evolution. They are a focus for our fears, and our consequent desire to conquer those fears. They explore our relationship with nature: our fears, our desires, and our insecurities. But as we learn from both fact and fiction, not everything can be tamed.

[…] Ever wondered why dragons have reigned supreme through fantasy, pop culture, and myth alike? With these winged reptiles are prevalent across our many cultures, from books and television – think Game of Thrones – to ancient mythology.  […]

~ snakes don’t fly, don’t have feathers, don’t breath fire ~ And the ancients often revered them. But their is an answer to your quest, James; but it takes a curious, open mind to at least give reflection to the following. And it is a very exciting journey, be it true or not.
• Check out ‘The Electric Universe’, ‘The Thunderbolts Project’ (do both google and YouTube searches) for studies (science based by engineers and scientists not of the mathemagics popularized by philosophical/speculative physicists) into the meaning of ancient symbols, myths and rock carvings (hard to make, last for a long time; which must have been the ‘artists’ purpose) that only late in the last century, 20th C, have been reproduced in the lab, as electrical configurations that the ancients saw in the sky, experiencing the wrath of skies gone mad. It was a Time of Chaos. (11 500± BC on all continents and many islands.)
• Ask yourself why the ancients called Saturn, (a mere speck in the night sky), The Great Sun. Or Mars the Warrior God, or tiny Venus depicted as a god, of both love and terror. Specks, mere specks; what were the ancients seeing in and experiencing from the skies. It is from those times, writing and passing of knowledge, both in rock carvings and stories, descriptions for legacy (myth) first appeared. Before that rock carvings were of animals and experiences we can easily interpret and understand.
Where to begin?
https://www.youtube.com/wat…
If you have a curious, open, questioning mind, you will, in the least, find the documentaries entertaining.