In the world of health research there are many of us learning to negotiate a life as an interdisciplinary researcher in which we can do the work that interests us while still actually communicating with all of our colleagues. That’s easier said than done, but based on the experience of our many interdisciplinary role models it must be possible!

My first strategy in trying to build this interdisciplinary space was to latch on to someone who was struggling through the same issues of working across disciplines that I was. I latched on and didn’t let go, and we created a very strong tie that led to some great interdisciplinary work. But I realize now that while this strong tie is important, there is much to be gained by searching for weaker ties in places I might not usually look.

Way back in 1973, Mark Granovetter wrote a landmark paper, brilliantly titled ‘The Strength of Weak Ties‘ in the American Journal of Sociology. He was discussing the value of social networks in understanding social groups and institutions, and made the seemingly bizarre assertion that it is weak ties, not strong ties that most effectively spread new ideas and innovations.

Granovetter was providing a commentary on why we think and act in ways that tend to ‘fit in’ with the people around us. See if you can pick out the relevance for establishing connections that might add value to life as an interdisciplinary researcher (and please forgive the old school male-centric language):

“Such [weak] ties are of importance not only in [a person’s] manipulation of networks, but also in that they are the channels through which ideas, influences, or information socially distant from [a person] may reach him. The fewer indirect contacts one has the more encapsulated he will be in terms of knowledge of the world beyond his own friendship circle…” (Granovetter, 1973, p. 1370)

Granovetter was suggesting that the more we focus on our strong ties, the less we are exposed to the different, novel, exciting ideas that can really shake up the way we do things. Strong ties are the reasons we ‘fit in’, and also partly the reasons we are sometimes entrenched in our own disciplinary ways of seeing the world.

So what’s the point? Well maybe we should take the opportunity to create and nurture our own weak ties, because it is through these weak ties that unique perspectives from other disciplines might find their way to inspire us.

So at the upcoming Health Services Research conference in London this July, I’m going to give weak ties the benefit of the doubt and embrace the small conversations in which relationships are built. Without a weak tie to build upon, a strong interdisciplinary research project might just never come about.

Health Services Research conference is taking place in London from 1st-3rd July 2014. The abstract submission deadline for the conference is April 24th, 2014. 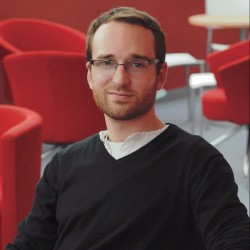