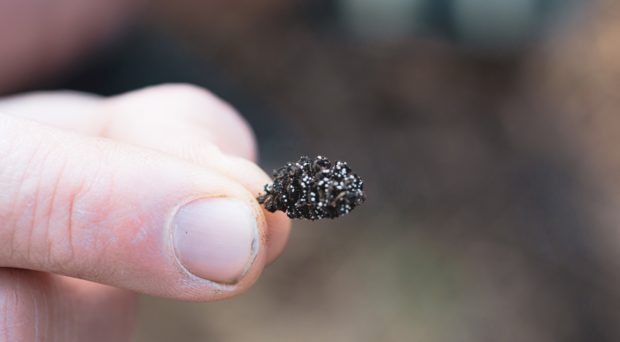 Sometimes easy to overlook, but an important part of nature (Source: Kustrim Cerimi)

Most fungi are invisible – in nature, in the public eye, and on Wikipedia

Most people overlook fungi. Most know… something about them, and think of them as mushrooms at best, and as skin rashes or molds at worst. Of course, fungi are much more than that. Fungi are mushrooms and mycelia and hyphae and spores, cells and molds, and all sorts of specialized structures.

The seasonality of mushroom sprouting might give the impression that fungi partake in sporadic, ephemeral natural phenomena. Far from that. Not only can fungi be found in every cavity exposed to the atmosphere, molding the environment; fungi are also increasingly used for a stunning variety of applications.

“It is hard to motivate people to care about something they do not know about or understand. And it’s difficult to establish effective conservation programs for organisms that are mysterious even to scientists.”

Most fungi are invisible to scientists as well. The majority do not form mushrooms. And just a tiny number of fungi has been discovered by researchers and naturalists. For every fungus we know (around 150,000), there are an estimated of 10 to 30 we do not know.

This partial visibility of fungi is also reflected on Wikipedia, thus missing a huge wealth of possibilities to spread knowledge about fungi in the public eye.

The WikiProject Fungi is a group of Wikipedians and fungi enthusiasts dedicating their time and passion to better organize information in articles related to fungi. There are indeed some gaps in the knowledge about fungi presented on Wikipedia.

The Wikipedia page Outline of Fungi presents an overview, which is incomplete: When classified by use, only ‘Medicinal fungi’ and ‘Edible mushrooms’ are listed (we’d like to change this); when classified by form, only ‘Molds’, ‘Mushrooms’, and ‘Yeasts’ are listed. The History of Mycology page is very brief. On the List of mycologists page, only three persons listed are born after 1960, despite huge advances in fungal biology in recent years.

A Google search “Fungi in art Wikipedia” gave few results, including the Wikipedia pages Mushrooms [sic] in Art, Microbial Art (with Alexander Fleming as one of the few artists mentioned) and Fantastic Fungi, with insufficient, patchy, and not cross-linked information (again, we’d like to change this). There is no page on ‘fungal spores’ on Wikipedia, only a subpage. The pages on mold and mycelium are classified as Start-pages only.

Our aim is to kick-start a community action driven by fungi practitioners. We want to help bring more examples on the applied use of fungi on Wikipedia, starting from the page ‘Human interactions with fungi’, as well as more images on fungi on Wikimedia Commons. We encourage everyone working with fungi to use the hashtag #VisibleFungi on social media.

Who is a fungi practitioner? We define fungi practitioners as fungi advocates, aficionados, collectors, educators, enthusiasts, experts, growers, hobbyists, lobbyists, observers, researchers, and tinkerers. We want to help present and cross-link great stories on the applications, effects, and benefits of fungi on Wikipedia. We encourage everyone passionate about fungi to contribute and share great examples, disregarding from any arbitrary genotypic or phenotypic trait whatsoever.

Why Wikipedia? We are huge fans of Wikipedia (and, so far, more avid readers than editors). We want to help bring fungi in full view in the public eye, and we believe that there is no better way than to show all those invisible structures of fungi, and to present the myriad of different applications fungi are used for, than Wikipedia – the most read source of information on the internet.

Why focusing on the applied use of fungi? We believe that we are currently in a fungal renaissance, and that by presenting examples of how fungi can be used positively, visibility of fungi will increase, creating a reinforcement loop.

Why adding more images on fungi on Wikimedia Commons? We believe that pictures speak more loudly than words. Images of not only mushrooms, but of all those invisible structures of fungi and of their applied used would be fantastic to add. The public domain policies of Wikimedia Commons are great for sharing images broadly.

What constitute great stories? We believe that those who admire, study, and work with fungi are the best to suggest what, in their opinion, are great stories or images. Reliable, secondary sources like news and reviews are particularly suitable as references for Wikipedia (according to Wikipedia: Reliable Sources). Peer-reviewed scholarly articles might be used as well (referencing only research manuscripts do not make for great Wikipedia entries; read why here).

“We believe we are in a fungal renaissance, yet most people overlook fungi. With the #VisibleFungi initiative, we want to help change this.”

So, how can you contribute?

It’s simple. Everyone can contribute by joining the WikiProject Fungi as Wikipedian (including translating pages in your own language) or, more simply, by:

Beware: We are not suggesting to become undercover PR agents of particular companies or interest groups seeking visibility on Wikipedia. We do not care about it, and do not have any undisclosed interest. All we care about is about sharing a passion for fungi. Wikipedia guidelines will be paramount.

Might the #VisibleFungi initiative sustain the ongoing fungal renaissance, and help increase visibility of fungi in the public eye? We hope so. And we will update on any relevant outcome in the welcome possibility that this initiative will have a big impact. 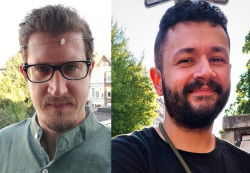