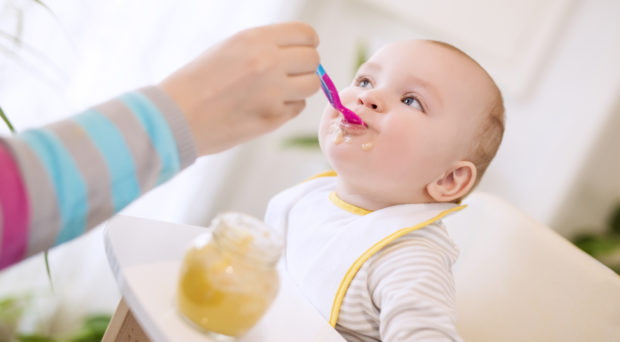 For over a year, I have been studying fungal metabolites in the context of occupational health. I read a lot of papers and gradually began to understand the biological significance of these metabolites for the humans. The subject didn’t always have to do with actual occupational safety, but it was still exciting.

Last August I became a father again, and that made me start thinking about what this topic could mean for our children. There are a lot of things going through my head: mycotoxin contamination in food, epi-genetic influence on the unborn by fungi, mold spores in the air, volatile fungal metabolites, the role of fungi in the recolonization of the small human body during birth, and so on.

I put down the role of the father and considered this purely scientifically. If you search Google Scholar for the keywords “fungal metabolites epigenetic newborn” you get about 3130 entries between the years 2021 – 2022 alone, so there seems to be an interest in the field.

A review by Acevedo et al. deals with perinatal nutrition and clarifies the relationship between external influences and epigenetics or allergies. In the first 1,000 days of a child’s life, children seem to be most susceptible to any external influences, including microbial ones.

For the formation of allergies, the mechanism of epigenetics is listed again. Epi-genetics is about changes in the genome, which first have nothing to do with the genetic basis, but are added from “outside”. In chemical terms, DNA is methylated, acetylated or otherwise modified.

Acevedo explains that at this level, both prenatally and postnatally, a variety of microbes can have an impact on humans. Among fungi, one possible candidate is mentioned, Malassezia furfur, which epigenetically affects specific proteins of immunology, such as IL-8 or beta-defensins. However, the field appears to be relatively unexplored, according to Acevedo et al., although fungi and other microorganism colonize humans internally, externally, and otherwise.

The prenatal influence by fungal is exciting but we will now have a closer look at fungal metabolites.

Mycotoxins are present in many foods, in almost everything that comes from crops, cereals and more. A recent study by Zhu et al. describes that a wide variety of mycotoxins, such as aflatoxins or ochratoxins, also have epigenetic effects. Aflatoxins, natural fungal toxins mainly from Aspergillus flavus, are found in nuts, cereals or corn and thus end up on our plates. Which of course leads to the question of whether these are then also fed postnatally to the newborns?

That it is not only true, but breast milk can also be used as a monitoring medium for mycotoxin-contaminated food (though I would rather feed breast milk properly than use it for monitoring). A study by Diaz et al. describes that 90% of the samples tested contained the monohydroxylated form of aflatoxin B1 (AFM1), a very toxic mycotoxin. The samples were donated by volunteer women from Colombia, and the authors conclude that these high levels may also be climatic, as molds grow better in warm, humid regions. Other studies come to similar high values, 94% in a Nepalese study, 75% in a Pakistani study.

You are what you eat!

So one thing is clear, the nutrition determines the composition of breast milk and thus the nutrition of the child. Not only mycotoxins, but also heavy metals and other substances are passed on, which was actually already known: feeding persons should not smoke, drink or consume other substances. However, what long-term consequences can this have for the child? This brings us back to epi-genetics. According to a study by van Esch et al., prenatal and postnatal food intake is essential for the later susceptibility to all kinds of chronic diseases, allergies, diabetes and many others. As a cause for this late adaptation epigenetics plays a major role. This also applies to mycotoxins, as various studies show (examples 1, 2, and 3). So scientifically, I can say that you should pay attention to how you feed your child.

It’s time to jump back into the role of being a father. And from this perspective, some will protest now, one should not worry too much. I personally think it is more important to breast-feed kids than  to worry about the milk´s composition or pollution. According to the World Health Organization (WHO), globally only about 41% of all babies are breastfed exclusively. Whether a child is fed breast milk depends on very many factors, and there are very large differences between Western and developing countries. In my experience, and after several playground conversations, socio-cultural aspects and your own mindset also play a role. But don’t get me wrong, there are pathological conditions as well under which breastfeeding is simply not possible.

All in all, the mentioned fungal influences on the babies usually move into the background. I think the influence is also not detectable by eye or phenotypically visible in the short term, or perhaps only becomes apparent later. Or maybe we are not interested in it, because we still see our children growing up healthy?

I got quite off topic, but I want to thank you for your attention and encourage everyone to get involved with children AND mushrooms. Both fascinating topics!