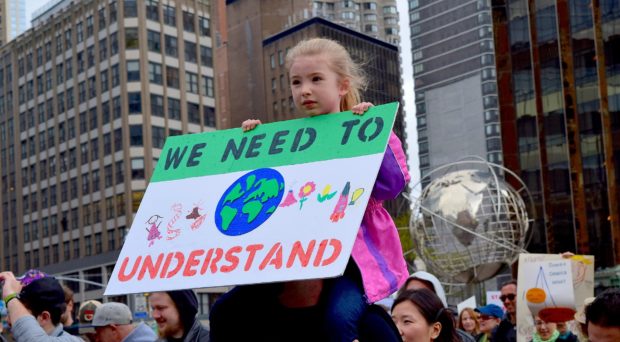 This blog was originally posted on SpringerOpen.

In May of this year, science educators were treated to a surprising and, for many, pleasant bit of news. According to Gallup polling, the number of Americans who reject scientific explanations of human origins in favor of religious creationism hit an all-time low. Since 1982, the first year they asked this question, the number of people who accept evolution has never been higher.

While this news was well received in the science education community, the other side of the story is less encouraging. Despite over a half century of education reforms aimed at better science instruction, nearly 40 percent of Americans reject the overwhelming scientific evidence for evolution.

The false dichotomy that acceptance of evolution necessitates a complete rejection of religion can create a chilling effect if college students fear their religious identities will not be respected by science faculty.

Such wide-spread science denial can have dire consequences. We have seen in the past 7 months how anti-science sentiment around issues like climate change can affect nationwide policy in ways that threaten not only our competitive ability in STEM and innovation, but the very future of our planet. Furthermore, the false dichotomy that acceptance of evolution necessitates a complete rejection of religion can create a chilling effect if college students fear their religious identities will not be respected by science faculty.

This issue is a personal one for both me and my advisor Jason R. Wiles. While I was never opposed to evolution, I cannot recall ever being taught about it in my high school biology classes. I entered college still unsure if evolution was true, influenced by the cultural milieu that suggests that there is still a legitimate scientific debate on whether evolution occurs (there isn’t, and it does). For Dr. Wiles, it was even more serious. He was raised in a very anti-evolution environment in rural Arkansas, and it was not until graduate school that he learned about evolution. He struggled emotionally as family and social ties were tested as he eventually came to understand and accept evolution as the unifying explanatory framework of biology.

These personal experiences have been the source of our passion for this topic, but our passion has also been fueled by our interest in increasing representation and diversity in biology. Specifically, I am interested in exploring how various educational, psychological, personal, and sociodemographic factors impact an individual’s acceptance or rejection of evolution. Our current article explores how many of these factors interact towards influencing acceptance of evolution.

The term “nature of science” denotes the aims and processes of science: supernatural causes are not the purview of scientific inquiry; the difference between evidence, facts, hypotheses, theories, and laws; and the understanding of science as a social and human endeavor.

What we found was very intriguing: more so than any measure of religious belief, the most significant factor that influenced acceptance of evolution in our sample was an understanding of the nature of science. The nature of science is a term used by educators and philosophers of science to denote the aims and processes of science. In particular, the measure we used focused on the methodological naturalism of science (supernatural causes are not the purview of scientific inquiry); the difference between evidence, facts, hypotheses, theories, and laws; and the understanding of science as a social and human endeavor.

We found other measures of education or intellectual pursuit to be significant as well. A measure of evolutionary knowledge as well as number of college biology courses taken were both found to be associated with acceptance of evolution. However, these were superseded in importance by a measure called openness to experience. Openness to experience is a construct used by psychologists, and it is one factor of the “Big Five” personality measure. Of the five, openness to experience is the one that most defies easy description, but beyond the literal translation, it measures intellectual curiosity, creativity, and valuing aesthetic experiences.

Of course, aspects of religious conviction and interpretation have an influence on acceptance of evolution as well. Most people think of denominational affiliation as having a strong influence, and while we did find a significant influence there, most of the impact of religion on evolution acceptance seems to be related to individual’s intrinsic religiosity, or the way they use religion to guide their daily choices and values.

While these findings have given us a good insight on understanding how factors interact in an individuals’ choice to accept or reject evolutionary biology, they are only a start. We are currently working on a study that shows how individuals change in their acceptance of evolution and the factors described above throughout a year of introductory biology education in college. We are also looking in more detail at what distinct factors of the nature of science lead to evolution acceptance.

It is our hope that these studies, followed by a larger study comparing science and non-science students, will help us to develop curricular interventions that can meet students where they are and help lead them towards an understanding and acceptance rather than denial of scientific knowledge.

Ryan Dunk is a Ph.D candidate and graduate teaching assistant in the biology department at Syracuse University. His research centers on issues of science literacy and denial, with a specific focus on acceptance of evolution.

I disagree with the assertion that greater understanding of science increases acceptance of macro evolution. I think the opposite is true. The deeper you dig into evolution the less likely it looks.
I had been hearing about the “mountains of evidence” proving Evolution for years; I thought it was rock solid science.
One day I started scrutinizing the so called “mountains of evidence” and to my utter disgust I found that it was actually mountains of cow dung.
There are mountains of ambit claims in the big print but when I analysed the small print I discovered that I was conned.
The deception starts with a vague and changing definition of evolution; if they do not define what the word means then the evidence they provide does not have to prove anything in particular. (see link for details https://youtu.be/fQ_h-S7IuaM). The evolutionists provide countless examples of micro evolution (adaptation) and INFER that this somehow proves Macro evolution (development of new body parts). This is typical “bait and switch” advertising.
My conclusion: THE SCIENTIFIC EVIDENCE CONDEMNS DARWINIAN/MACRO EVOLUTION – BIG TIME.

Ryan Dunk is a Ph.D candidate and graduate teaching assistant in the biology department at Syracuse University. His research centers on issues of science literacy and denial, with a specific focus on acceptance of evolution.