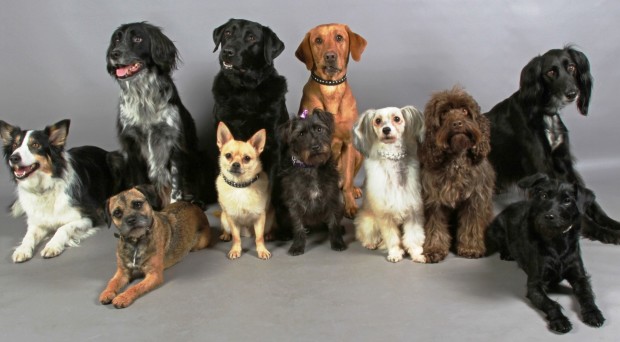 How has the rate of inbreeding changed for domestic dogs?
Nick Ridley / The Kennel Club

The term ‘inbreeding’ is widely associated with severe physiological (and in humans, mental) impairment as a consequence of parents being closely related. As a result, incestuous relationships are a widespread cultural taboo, with laws against incestuous marriages, at least of first degree relatives, almost universally present throughout the world.

However, it is actually very difficult to avoid any degree of relationship between two parents. In part this is due to simple mathematics – the number of ancestors increases exponentially with each generation further back (two parents, four grand-parents, eight great-grand-parents) meaning that it is inevitable there will be some degree of common ancestry if we go back far enough.

That relatives resemble each other is a central tenet of genetics. Therefore, if we select breeding animals that resemble each other with respect to a particular trait, then these individuals will on average be more closely related than if mating was random.

This means that selection will lead to some degree of inbreeding. Consequently, rather than attempting to avoid any inbreeding in domestic animal populations at all, a more useful strategy is to manage the loss of genetic diversity (rate of inbreeding) to within sustainable levels.

Calculating the rate of inbreeding

The domestic dog shows a greater variety in appearance and behavior than any other domestic species. Many distinct breeds were formed and are maintained by closed registries which have led to the widespread belief that pedigree dogs are very inbred.

Crucially however, the rigorous recording of pedigree data provides large datasets from which genetic parameters and historical trends can be determined, and this information used to guide future breeding strategies.

The rates of inbreeding calculated in all 215 domestic dog breeds recognized by the Kennel Club over the period 1980 to 2014 form the results central to a study recently published in Canine Genetics and Epidemiology. Although the precise profile of rate of loss of genetic diversity is unique for each breed, the study did determine some broad trends.

Interestingly this general decline in the rate of inbreeding coincides with the relaxation of the UK’s quarantine laws. This suggests that breeders may have taken the opportunity provided by new laws easing travel restrictions for dogs to slow the erosion of genetic diversity, or even re-introduce some genetic variation, through more widespread use of non-UK animals in breeding.

Perhaps surprisingly there appeared to be no relationship between the rate of inbreeding observed and population size.

Perhaps surprisingly there appeared to be no relationship between the rate of inbreeding observed and population size (as judged by mean number of Kennel Club registrations). This implies that it is possible to conserve genetic diversity via a sustainable rate of inbreeding in small populations, perhaps through judicious use of migrant animals for breeding to provide an injection of genetic diversity to the population.

The existence of popular sires, or male parents, was observed in virtually all pedigree dog breeds in the study. The repeated use of prolific breeding males is both often a feature of selection and a contributor to a high rate of inbreeding, and is typical in breeding practices of almost all domestic mammal species.

The much greater reproductive capacity of males compared to females means more intense selection can be applied to males, and the few selected then make a far greater individual genetic contribution to future generations.

While this results in widespread dissemination of genes influencing ‘sought after’ traits (the response to selection), it also makes such males much more likely to be a common ancestor to all breeding animals in subsequent generations, increasing the rate of inbreeding.

The challenge remains, for the dog as for other domestic species, to achieve sufficient response to selection (for traits related to health, temperament, and so on) at a rate of loss of genetic diversity which is sustainable.