You may not know much about them, but you’ll almost certainly have eaten something that lactic acid bacteria have had a hand in. To mark a new supplement in Microbial Cell Factories, guest editor Eric Johansen tells us his 12 reasons why you ought to read it.

Lactic acid bacteria have a long history of use in the food industry where they are best known for turning milk into cheese or yoghurt, cabbage into sauerkraut or kimchi, and even improving the quality of wine. They’re also consumed in probiotic products for their health-promoting effects.

We’ve dedicated a whole supplement to these ‘friendly’ bacteria, and these are my 12 reasons why you need to read about them:

1. Their surface structure is fascinating, and “beautiful”

A comprehensive and beautifully illustrated review, by Marie-Pierre Chapot-Chartier and Saulius Kulakauskas, describes the structure and function of the cell surface of lactic acid bacteria. The outer surface of the cell is the primary contact with the external environment and as such, a key determinant of their specific properties.

2. They can get infections which change their functionality

Like other bacteria, lactic acid bacteria can be infected by viruses called bacteriophage. Because this has important consequences to their functionality, the interaction between them and their bacteriophages has been studied for decades. The latest results in this field are reviewed by Jennifer Mahoney and colleagues.

3. Cheese-making with them is a surprisingly complex process

During the production of Gouda cheese, lactic acid bacteria are added as a complex community. Eddy Smid and collaborators have characterized the composition of an undefined starter culture used to make Gouda and followed the population dynamics through time. This seemingly simple process involves complex microbe-microbe interactions leading to a resilient process, even in the presence of bacteriophage. Lactic acid bacterium are a key ingredient in the creation of Gouda cheese. (Image courtesy of Eelke Dekker)

4. They can kill undesirable bacteria and make food safer

Due to constant changes in consumer preferences and challenges in producing and using LAB under industrial conditions, there is an ever-present need to develop strains with improved properties. Strain development is normally done using classical strain improvement methods. These are reviewed by Patrick Derkx and colleagues . Through clever use of selection methods and automated screening, cultures can be improved in relevant properties including: improved bacteriophage resistance; improved texture or flavor formation; increased stress tolerance; and elimination of undesirable properties.

6. There are several ways in which they can improve our health

The sixth reason to read this special issue is the review by Francesca Bottacini and collaborators , describing the diversity and properties of bacteria of the genus Bifidobacterium and the many ways these microbes can improve human health. Bifidobacterium, alone or in combination with Lactobacillus, are present in most probiotic products and these authors describe several mechanisms by which Bifidobacterium benefits human health.

7. They can affect the development and behavior of fruit flies

Renata Matos and François Leulier study host-microbe interactions with special focus on interactions between Lactobacillus and the fruit fly (Drosophila melanogaster). The gastro-intestinal tract of the fruit fly is home to a vast population of bacteria including a large fraction of lactic acid bacteria. These bacteria are involved in protecting the host from infection, ensuring a proper balance of nutrients is extracted from the diet and even affect such complex properties as development and behavior.

Marijke Segers and Sarah Lebeer present the latest results concerning Lactobacillus rhamnosus strain GG (LGG). This strain is used in the prevention and treatment of gastro-intestinal infections and diarrhea, and in improvement of immune responses. One problem in probiotic research is that not all clinical studies reach the same conclusion. Reasons for this include differences in the hosts and differences in the bacterium itself. External structures like pili, extracellular polysaccharides, lipoteichoic acids and excreted proteins are suggested to play a role in the health promoting ability of LGG.

9. They’re being developed for use in antigen-specific immune therapy

Sofie Robert and Lothar Steidler have genetically modified Lactococcus lactis for use in antigen-specific immune therapy. The trials and tribulations of developing and eventually bringing such a product to market are described. 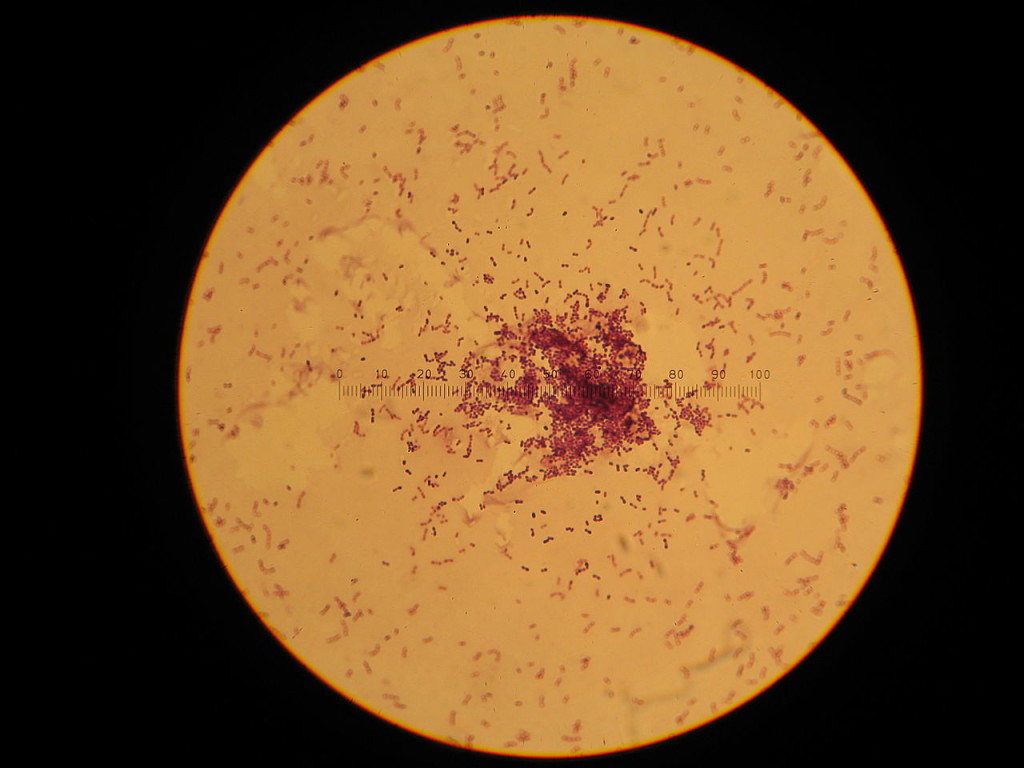 10. We’re getting new insights into their evolution

Recent advances in the genomics of lactic acid bacteria are reviewed by François Douillard and Willem de Vos. Comparing the genome sequences of many of them has led to considerable insight into how these bacteria have evolved, both in the laboratory and during their extended use in food fermentations. Knowledge has been developed on how they respond to their environments and on specific genes involved in interactions with the host.

11. Techniques for changing their genes could give us ‘better’ bacteria

Methods for precisely changing specific genes in lactic acid bacteria are described by J.-P. van Pijkeren and Robert Britton and may allow the accumulated knowledge on the genetics and physiology of these bacteria to be used for the design and development of improved strains with better industrial properties or increased ability to promote health.

12. All these papers about them are gathered together in one place

The twelfth and final reason to read about these fascinating bacteria is that all of this information is gathered in one place in our special issue, so you’ve really got no excuse. The eleven papers were written by experts in their relevant fields and represent the state-of-the-art in these exciting research topics. These papers were presented at the 11th International Symposium on Lactic Acid Bacteria (https://www.lab11.org/).

Amazing!A creations that useful for human.

Lactic acid bacteria are important in many health issue of human being .

1. Does using LAB in making Gouda cheese render the cheese edible for people who are lactose intolerant?
2. How exactly does LAB affect fruit flies–is it good or bad for them?

#11 – please…stop tampering with things. have you never heard, “if it ain’t broke, don’t fix it?” how could these bacteria possibly be made “better”? they are already doing more than most average humans and providing benefits about which we are just learning! just because you CAN do something doesn’t mean you SHOULD!