The 12th International Annual Meeting of IHV (Institute of Human Virology) has been held for the first time outside of USA.

The chosen location has been Tropea, a small town in Calabria Region  (in the most Southern part of the Italian Peninsula), with the contribute of the University of Calabria and his President, Dr Giovanni Latorre. Although cumbersome to reach the sea view and local sightseeing (geographical [i.e. the Stromboli volcano) and archaeological [i.e. Magna Graecia remains]) are very relevant.

Director of the IHV, has a traditional emphasis on the biology of HIV/AIDS, including the perspectives of basic science, clinical science and new treatment and prevention approaches. In 2010 the emphasis on vaccines has been expanded  to recognize the importance of this area and learn how recent successes may guide new directions in HIV vaccine research and development. International vaccine experts described vaccine immunogens that are moving through human clinical trials, efforts to define immune correlates of protection, possible applications for therapeutic vaccination and a range of vaccine delivery strategies that are bringing us closer, everyday, to effective protection from HIV disease. Recognizing the important parallels of HIV and cancer, we include discussions of cancer-causing viruses, new cancer vaccines and fundamental research in cancer. In developed countries, cancer is emerging as the leading cause of death for persons with HIV, and these fields are inexorably linked in terms of both science and medicine. The problems of HIV/AIDS in the developing world has been emphasized inviting experts on the specific impacts of HIV/AIDS on sub-Saharan Africa.

This year, in keeping with the meeting’s focus on vaccines, the IHV 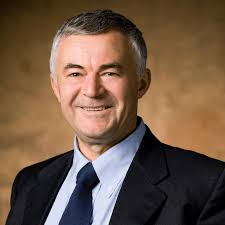 Lifetime Achievement Award for Scientific Contributions has been presented to Dr. Rino Rappuoli of Novartis Vaccines in Siena, Italy. Rappuoli, currently the Global Head of Vaccines Research for Novartis Vaccines & Diagnostics (Siena, Italy), was elected as a foreign associate of the National Academy of Sciences in 2005. He has spent his career developing vaccines for pertussis, meningitis, and Helicobacter pylori and is jointly responsible for engineering the carrier protein used in many conjugate vaccines. He is credited with launching the field of reverse vaccinology, the first fruits of which are revealed in the special Inaugural Article of the Proceedings of the US National Academy of Sciences, where he describes a universal vaccine for serogroup B meningococcus. Previous recipients of IHV Lifetime Achievement Award for Scientific Contributions are: Isaac Witz, Maxine Singer, Manfred Eigen, Paul Zamecnik, Jan Svoboda, Alexander Rich, Hilary Koprowski, Maurice Hilleman, and George Klein.

Furthermore for the first time, the IHV Conference organizers granted an award for teaching excellence. This award, from the IHV Institute and his many students and colleagues, has been a “surprise” for Michele La Placa, MD. He has been educating medical students and researchers in the field of microbiology in Italy since 1954. Dr. La Placa is the author of the manual “Principles of Medical Microbiology,” (Esculapio, Bologna, Italy), the most widely used textbook of Microbiology in the medical schools of Italian universities, which is currently in its 12th edition.

Special compliments to Dr David Pauza for the excellent organization of scientific as well as social components of the Conference. Further info and full abstracts book on the final Program. 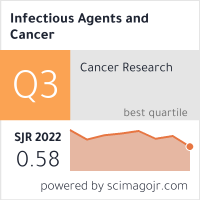