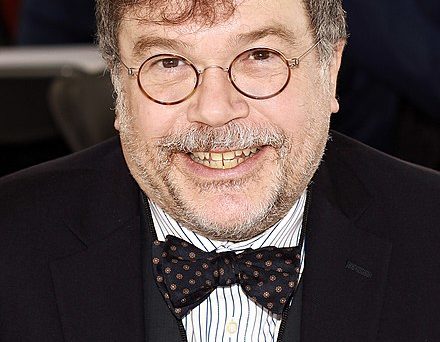 Before our lives turned upside down again with a land war in Europe, I had the privilege of being able to focus on reading a book by Peter Hotez titled “Preventing the Next Pandemic: Vaccine Diplomacy in a Time of Anti-Science”. Below, I will share what I learned from Dr. Hotez and why I recommend reading his book.

Dr. Peter Hotez is a scientist and pediatrician. He received his BA at Yale, his MD at Weill Cornell Medical College, and his Ph.D. at Rockefeller University. He is the founding Dean of the National School of Tropical Medicine at Baylor College of Medicine and the Director of Texas Children’s Hospital Center for Vaccine Development. Throughout his career, he focused on global health, particularly on developing vaccines for neglected tropical diseases. He successfully advocated for more investment for controlling such diseases in developing countries with little incentive for pharmaceutical companies for product development. In 2016, he published a book titled “Blue Marble Health”, arguing that the traditional view of developing vs. developed countries is obsolete. Instead, he suggested that neglected diseases spread and cause harm in pockets of poverty in most countries, requiring a unified approach globally to tackle them. He also became a staunch advocate for vaccines, taking the fight to anti-vaccine groups and organizations. During the COVID-19 pandemic, he became a frequent guest on U.S. television shows across the political spectrum, dispelling misinformation and disinformation on the disease and the effectiveness and safety of COVID-19 vaccines and other interventions. His steadfast dedication further solidified him as one of my personal heroes, and I’m proud to have had the opportunity to interview him in the past. 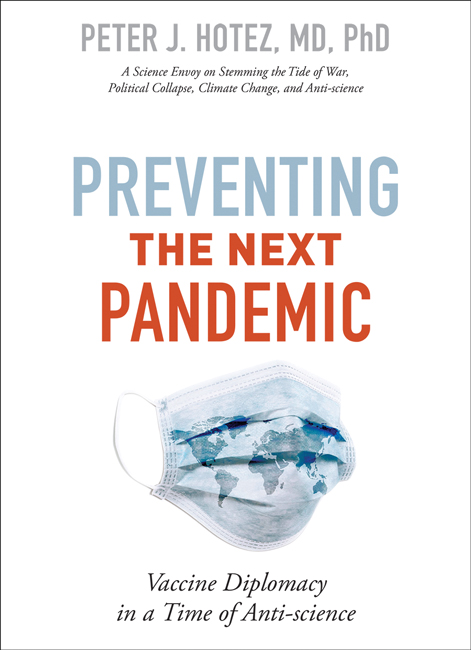 Given all of the above, I was very much looking forward to reading his newest book titled “Preventing the Next Pandemic: Vaccine Diplomacy in a Time of Anti-Science”. While the book did not necessarily provide a “silver bullet” about how we can prevent the next pandemic, I learned a lot from his book. First, I did not realize beforehand that infectious and tropical diseases made an unexpected emergence and return since 2015. I was fully aware of the overall increases of emerging diseases in the last 50 years, and of large outbreaks of specific diseases recently (e.g. Ebola, Zika virus disease, chikungunya, leishmaniasis, COVID-19 etc.), but Dr. Hotez helped me see the full picture. He connects the return and emergence of diseases with our new era of the Anthropocene, and identifies rising political instability, internal displacement and migrations, the rise of anti-science and nationalism, and climate change as the major forces driving this resurgence. In three separate chapters, he draws on his experience partly as the US Science Envoy for the Middle East and North Africa in 2015-16 to discuss the specific circumstances that lead to the emergence of return of specific diseases in three different regions of the world: the Middle East, sub-Saharan Africa, and in Central America, Venezuela and its neighbors (called the Northern Triangle). Dr. Hotez expertly weaves together his vast expertise in neglected tropical diseases with the geopolitical forces and events shaping the emergence and return of such diseases, creating a coherent narrative. In a subsequent chapter titled “Sorting it Out”, he attempts to compare and contrast the major diseases and the major drivers of their emergence and return in different regions of both the New and the Old World, identifying patterns of common drivers, such as urbanization, poverty and human migration.

Another major theme of Dr. Hotez’s book is vaccine diplomacy, defined as the “simultaneous scientific and diplomatic opportunities between nations, with an overriding objective to jointly develop and test vaccines as a means to promote health, security and peace.” I learned a lot from Dr. Hotez’s book about the history of vaccine diplomacy, particularly the efforts of Dr. Albert Sabin to work together with Soviet scientists in the 1960s to develop the oral polio vaccine. Another incredible success story of vaccine diplomacy involved the collaboration of Ukrainian epidemiologist Dr. Viktor Zhdanov, Dr. Donald A. Henderson from the United States, and scientists in India in developing and scaling up the production of smallpox vaccines, allowing the eradication of this terrible disease. I also learned that the recent Ebola epidemic in the DRC in 2019 was controlled by vaccinating contacts of infected patients, and their contacts, as another example of vaccine diplomacy. Dr. Hotez describes many more examples and advocates for opportunities for more vaccine diplomacy throughout his book, including in the chapters focusing on different regions of the world.

Finally, Dr. Hotez describes emerging new approaches for vaccine development, such as CEPI and other product development partnerships such as PATH. He details how previously developed vaccines for SARS-CoV provided the basis for the development of vaccines for COVID-19, and gave us a window into his life during the COVID-19 pandemic, consciously trying to represent science on appearances in media across the political spectrum from his bedroom. As any book written during the COVID-19 pandemic, this section of the book feels hopelessly outdated, having been written in 2021, through no fault of the author.

My favorite chapter of the book was probably the last, titled the “Broken Obelisk”. Here, Dr. Hotez summarizes his book, arguing for renewed vaccine diplomacy to counter the emergence and re-emergence of infectious and tropical diseases. Along with his collaborators, he recently made a large scientific contribution by developing and sharing a new patent-free and cheap COVID-19 vaccine called CORBEVAX, specifically for low and middle-income countries. While arguing for improved access to vaccines and universal health, he also advocates for the training of vaccine ambassadors. These are interdisciplinary scientists who understand both the science of vaccines as well as the language of diplomacy and foreign relations. The “Broken Obelisk”, a sculpture by Barnett Newman, located along his daily walk in Houston, becomes a metaphor of both “a fragmented world in need of repair and the promise of vaccine diplomacy”. Even though I wonder how much more broken the “obelisk” had become metaphorically just in the last week, given current events in Ukraine, I admire Dr. Hotez’s optimism for the potential of vaccine diplomacy to heal our world through the alliance of nations to improve all of our health. I wholeheartedly recommend his book to read for all of you!