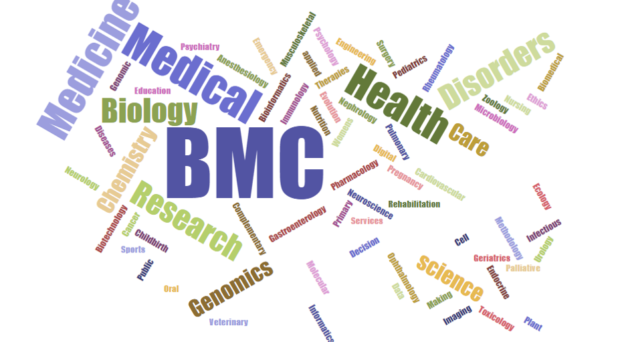 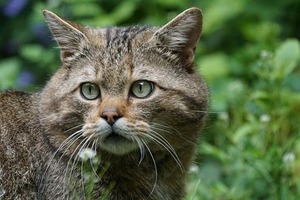 Following severe population decline and local extinction due to habitat loss and persecution, the European wildcat has recently reappeared in several human-dominated regions in Germany. In BMC Genomics, scientists from the Senckenberg Biodiversity and Climate Research Center in Germany research the consequences of human disturbance on the genetic structure of this elusive species.

The researchers sequenced and analysed the genomes of 47 wildcats and 16 domestic cats and found that the main population divergence between wildcats in eastern and central Germany occurred within the past 200 years. The authors speculate this change in genomic structure is likely the result of isolated populations due to human-driven habitat fragmentation rather than ancient historical events.

Interestingly, the group found that highly differentiated genes between wild cat populations were involved in producing the neuromodulator serotonin. Serotonin plays a role in stress susceptibility and tolerance. Therefore, this finding points toward the potential adaptation of wildcat populations to human-dominated environments. Understanding footballers’ long-term health can help clinicians make good decisions about player health during and after their career. In BMC Sports Science, Medicine and Rehabilitation, researchers evaluate magnetic resonance imaging (MRI) to investigate the effect of football on the lumbar spine and discern clinically significant pathology.

The researchers analysed MRI scans of the lumbar spines of 18 elite male adolescent footballers exhibiting no symptoms and found that pathology was common (15 of 18 players presented ≤1 abnormality). However, the authors observed that lumbar spine pathology does not appear as prevalent among footballers compared to elite athletes from other sports, which place greater demands on the spine, such as tennis. The researchers stress that clinicians should interpret signs of spinal pathology with caution, as they may not correlate to clinical presentation given that the population studied was asymptomatic.

This study also supports using MRI 3D VIBE sequencing as an alternative to Computerised Tomography (CT) to diagnose and assess the healing of stress fractures to the spine in elite footballers. Such volumetric MRI could negate the requirement for CT and its accompanying radiation exposure. Adults with Attention deficit hyperactivity disorder (ADHD) may experience inattention and/or hyperactivity-impulsivity, making day-to-day activities more difficult. However, adult ADHD largely remains under diagnosed and inappropriately treated due to the provision of limited specialist services, resources, awareness and training. As a result, many adults with ADHD face barriers which prevent them from accessing the care they need.

In BMC Psychiatry, researchers describe the outcomes of a consensus meeting held between experts regarding the historical, current and future delivery of care for patients with ADHD in the UK. ADHD is common and is estimated to affect 2.8% of the adult population. Therefore, the authors argue that we should not restrict ADHD management to specialist services. Instead, all adult mental health care professionals, including primary care professionals, require training to manage ADHD alongside other common adult mental health conditions.

Whilst this article is specific to delivering care for patients with ADHD in the UK, many issues discussed are recognisable in other health systems. The paper makes clear recommendations for improved access to evidence-based care. As such, the problems and suggestions discussed are of broad interest to patients, families and clinicians worldwide.

BMC Women’s Health – How, when and where? A systematic review on abortion decision making in legally restricted settings in sub-Saharan Africa, Latin America, and the Caribbean 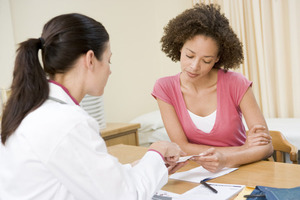 Unsafe abortion is a leading – but preventable – cause of maternal deaths and morbidities. According to the World Health Organisation, around 45% of all abortions are unsafe, of which 97% occur in developing countries. In BMC Women’s Health, researchers perform a systematic review to investigate the factors which influence decision-making on abortion in legally restricted settings in sub-Saharan Africa, Latin America, and the Caribbean.

The study demonstrates that women’s choices after deciding to terminate a pregnancy are shaped by myriad factors – particularly when abortion is legally restricted. Therefore, to reduce the likelihood of harm and meet women’s abortion needs to the full limit of the law, a better understanding of how these factors work in concert is needed. In BMC Bioinformatics, researchers from the University of Edinburgh describe a novel graph-based approach to visualise and analyse bacterial pangenomes. Using Staphylococcus and Legionella as examples, the authors explore the application of computational methods to study the structure of bacterial populations, the distribution of genes across a population, and the syntenic order in which those genes occur.

The approaches and resources described in the paper will benefit the microbial research community as they allow faster, more intuitive, and more flexible interaction with pangenome datasets. This novel graph-based approach could be applied to understand the adaptive evolutionary biology of many bacterial species. 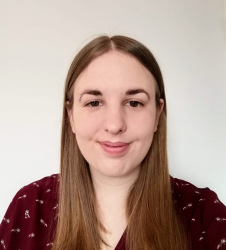 Jennifer is an Editor on the BMC Series based in the London office. Before joining the BMC Series, Jennifer completed her PhD within the Department of Medicine at the University of Cambridge. After graduating, Jennifer became a Postdoctoral Research Associate at the Royal Veterinary College in London. Throughout her research career, she studied the role of epigenetic and inflammatory mechanisms underlying cell behaviour changes associated with vascular disease. Jennifer actively supports the publication of open and reproducible research.