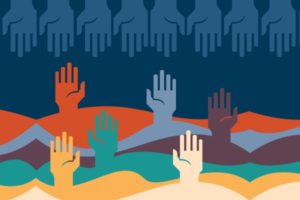 Unfair treatment, including discrimination and racism, cannot be disregarded as a contributor to depression and stress in African American people. As the Black Lives Matter movement was increasingly recognized in the headlines, this study sought to investigate the benefit of discussion of unfair treatment. It was found that those in the African American community who spoke to others about said treatment had lower depressive symptoms and perceived stress, compared to those who kept it to themselves. The study also revealed an association between employment status and response to unfair treatment. These findings reinforce the importance of providing social support by reaching out to the African American community and encouraging conversation as a coping mechanism in response to unfair treatment in an effort to ameliorate its effect on mental health. Monitor lizards, from pocket lizards to dragons, exhibit significant variation in size and habitat preferences, both between species and babies and adults of the same species. This diversity has imposed a fascinating question: is the evolution of growth patterns influenced by size and ecology? The authors of this study scoured numerous collections and found that there is great diversity in the way that the body, limbs, and head of monitors change as they grow. They were surprised to learn that the magnitude of this change has not shifted over time and remains constrained around an optimal value. However, ecological factors, such as habitat preferences and competition, seem to be driving the evolution of developmental change; the rate of which is found to be slower amongst larger lizards, suggesting that size is in fact a limiting factor of ontogenetic evolution. 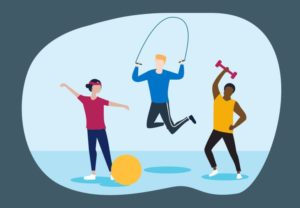 As a leading global health issue that significantly burdens individuals and the economy, musculoskeletal conditions have been the focus of many scientists aiming to uncover and develop pharmacological and holistic treatments, as the range of available therapies is limited and their efficacy is inconsistent. This study explored the effect of aerobic exercise on pain sensitization in individuals with musculoskeletal pain as it is common in this cohort and significantly influences disability and quality of life. Numerous studies in this review concluded that aerobic exercise reduces pain sensitisation and suggest that it does so by activating pain inhibitory, pain sensitization and/or pain regulatory systems. However, it is not a one-size-fits-all type of non-pharmacological “pill”; the type of aerobic exercise and dosage needed differs according to the condition presented and its severity. 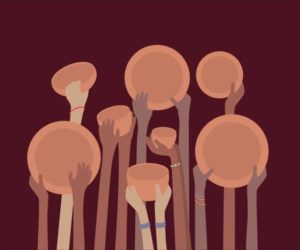 Despite severe acute malnutrition being the most life-threatening form of malnutrition, we still do not have the whole picture, as the current method used to assess its prevalence depends on surveys. These are not only expensive and only run every few years but they merely yield national or first administrative estimates that also contain gaps in area coverage. In order to bypass the security and access constraints imposed by this method of screening, the authors suggest combining the survey data with geospatial data to produce estimates that can be mapped and thus, predict malnutrition risk in both surveyed and non-surveyed areas. This theory was tested and allowed the authors to successfully map the prevalence of severe acute malnutrition in Papua, Indonesia, to a fine spatial resolution. The authors concluded that the use of geostatistical models can provide more spatially detailed data and therefore, guide efficient intervention strategies to help eradicate hunger and malnutrition. 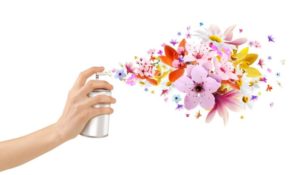 While we have come to expect and appreciate the variety of fragrances provided by different flowers, it has been found that scent can differ within the same species of plants. The authors of this study have become the first to investigate the reason some populations of the evening primrose emit one scent and others, another. As the genes responsible for the differential production of its floral scent are unknown, they conducted extensive genomic analysis and found that the presence of one of the floral scent compounds, Linalool, in the floral head-space varies. They discovered that it is not that the Linalool synthesizing gene is functional in some plants and non-functional in others, but that there is a regulatory polymorphism that mediates its expression. This is believed to be because Linalool can function as a pollinator attractant or as a defense compound, thus suggesting that there is an economy of scale that exists between reproduction and defense which can be distinguished by scent. 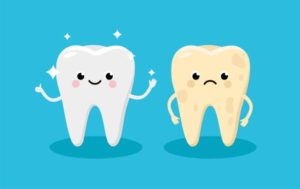 Fluorosis is a common cosmetic condition that affects the teeth, characterized by color anomalies, and while we often look to the most expensive option for repair to be the most effective, the authors of this study found the case to be otherwise. Crown restorations have previously been considered to be the optimum choice for aesthetic and functional correction. However, this study found that their long-term success is no match to veneers, the more minimally invasive option and that which preserves tooth structure. As such, given that this disorder usually manifests in children, the authors suggest that clinicians should consider ceramic veneers over crown restorations when restoring the smiles of patients with advanced fluorosis. Arwa is the Senior Assistant Editor for BMC Genomics, BMC Medical Genomics, BMC Plant Biology, BMC Pulmonary Medicine, BMC Ophthalmology, BMC Medical Imaging and BMC Medical Research Methodology. She has a BSc in Biochemistry from University College London and for her dissertation, she researched the role that G protein-coupled receptors play in sleep. She has and continues to work in the charity sector, supporting a variety of charities as an independent fundraiser and through a bi-annual pop-up.