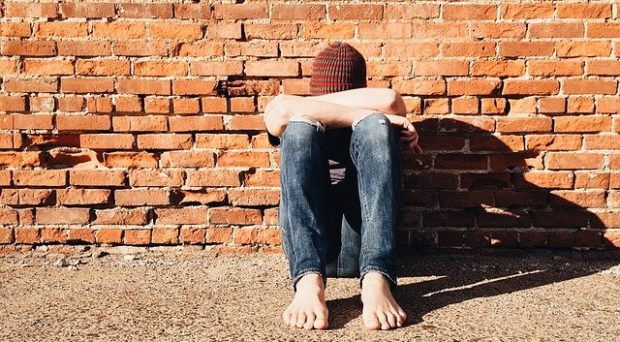 Self-harm is often the result of a complex interplay of genetic- biological, psychological and environmental factors. Bullying is one aspect that can increase the risk of self-harm. However not all adolescents who experience bullying harm themselves.

Bullies are also at risk

It is not only being the victim of bullying that is related to self-harm, but also being a bully aggressor. In fact, in our study we found that adolescents who are both bullies and are bullied by their peers (the bully-victims), were the group most vulnerable to self-harm. They were six times more likely to self-harm than adolescents who weren’t bullies or bullied.

It is possible that the “bully-victims” have the broadest range of adjustment problems, presenting difficulties common to both bullies and victims. An earlier study found that many of the bully-victims first have a history of being bullied, and then begin to bully peers later in adolescence. Thus, they suffer from both emotional and behavioral problems.

Why is there a relationship between self-harm and bullying behavior?

While we see that those who are bullied and/or bullies may be more likely to engage in self-harm, we know that not everyone who is bullied or bullies self-harms. We therefore investigated what might protect against self-harm amongst the bullies, bullied and bully-victims. We found that although parental support had a protective effect on self-harm among boys and girls in general, it was especially important for those who are bullied.

This shows that the willingness to talk to and seek help from parents during a difficult time like bullying, may protect against self-harm among adolescents.

How frequent is self-harm?

Our study showed that fifteen percent of participating adolescents reported engaging in self-harm during the last year. This is consistent with earlier studies finding the 12-month prevalence rate to be between 10 to 19% around the world.

Who participated in the study?

The data we used in this study was the “Ungdata” that is a cross-sectional, large, national survey, designed for adolescents. A total of 14 093 adolescents aged 12 to 19 years, from different parts of Norway, participated in the study; this was 87% of those invited to participate.

Our data was collected at one point in time and therefore we do not know if the bullying occurred prior to self-harm. However, previous longitudinal studies have shown that bullying increased the risk of self-harm and not the other way around.

How we measured self-harm and bulling

We measured self-harm by asking if the adolescents had tried to harm them self in the past 12 months. Bullied was measured by asking adolescent if they had been teased, threatened, or frozen out by other young people in school, free time, online, or on their mobile phones. Bullying other peers was measured by asking if they had taken part in teasing, threatening or freezing out out other young people at school, free time, online or by mobile phone. We created a new variable to measure those both being bullied and who bully others (the bully-victims), by combining the variables “Bullied” and “Bullying other peers”.

There is a strong link between bullying and self-harm. Interventions to address bullying may reduce self-harm. Our findings also suggest that high levels of parental support and school well-being may buffer the harmful relationship between bullying behavior and self-harm. Addressing these factors may be important in reducing the risk of self-harm among those experiencing bullying. Ingri Myklestad has a PhD in Psychology and is a researcher at the National Institute of Public Health. Her research interest are psychological distress, self-harm, well-being and social support among adolescents.

Melanie Straiton has a PhD in Psychology. She is a senior researcher at the Norwegian Institute of Public Health. Her research interests are in migrant mental health and use of healthcare services, gender and self-harm.

The authors would like to express their thanks to The Norwegian Social Research Institute (NOVA) for use of the data from the “Ungdata” survey, and to Norwegian Institute of Public Health (www.fhi.no) for support.