Tracking disease outbreaks is key to combating them, and predicting epidemics can help direct prevention measures most effectively. Google Trends has been used to track and/or predict the spread of infections diseases including respiratory syncytial virus (RSV) and AIDS.

This study extended these analyses to measles, a highly infectious disease causing outbreaks around the world, by comparing official data on measles in Europe to data from Google Trends.

The authors found that the prediction model generated from the Google Trends data overall closely matched the data on actual cases. The prediction was more accurate for countries that had higher measles activity. One advantage of using data from Google trends to track and predict disease outbreaks is that the data are available almost in real time, in contrast to official data that often take months to be released. This could help with faster responses to contain the spread of the illness. 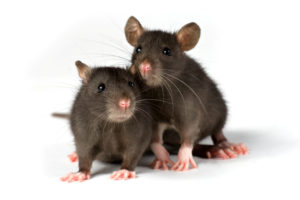 Diabetic cardiomyopathy (DCM), a heart condition common in people with diabetes, is caused in part by a lack of blood vessel growth and repair in heart tissue. Growth factor therapy can promote angiogenesis to treat DCM, but delivery of the therapy has proven difficult.

The authors of this study tested ultrasound-targeted microbubble destruction (UTMD) in rats with DCM as a potential safe and effective way to stimulate angiogenesis in the heart.

They found that UTMD used with Sonovue microbubbles restored heart function in the rats who received the treatment. Histology and microscopy showed that much of the damage to the heart tissue seen in the DCM rats had been reversed by the treatment. This new technique shows promise as a noninvasive therapy for early intervention of DCM in diabetic patients.

BMC Pregnancy and Childbirth:  Which growth standards should be used to identify large- and small-for-gestational age infants of mothers with type 1 diabetes? A pre-specified analysis of the CONCEPTT trial Babies born at either end of the birthweight bell curve are at higher risk of neonatal complications such as respiratory distress or NICU admission, but determining the cut-off precentile for considering a newborn at risk depends on a range of factors. Different standards account for these factors differently, leading to discrepancies in identifying babies at risk. Maternal diabetes is one of the factors that affect both a newborn’s birthweight and their risk of complications.

A new study has applied three widely-used growth standards to a large, international cohort of babies born to mothers with diabetes. Birthweight percentiles were calculated using each of the standards and then predicted risk of complications based on those percentiles was compared with actual outcomes.

The authors concluded that one of the growth standards, which did not account for gestational age at birth, was not suitable for risk assessment of babies born to mothers with diabetes, while the other two showed high associations between cut-offs for large- and small-for-gestational-age and rates of complications. Falling is a serious risk for older adults, and falls-prevention exercise interventions have shown good results in preventing falls in the short-term. However, little is known about the long-term effects of these interventions and whether they produce ongoing changes in the exercise behaviors of the participants.

To fill in these gaps, the authors of this study interviewed older adults who had participated in a fall-prevention exercise trial about their experiences in the trial and their exercise activities and falls after the conclusion of the trial.

The participants described maintaining physical activity since the conclusion of the trial, but very few continued with the exercises they had learned in the intervention. Many of the participants minimized the seriousness of falls they had experienced. These interviews highlighted that the challenges in encouraging older adults to continue with falls-prevention exercises after the conclusion of an intervention are similar to the challenges in convincing them to participate in the interventions in the first place. Those working with older adults need to understand individual needs and habits and to contextualize the importance of fall prevention within each individual’s own priorities for maintaining health and independence.

These clear guidelines will allow authors … to produce rigorous and comprehensive syntheses.

Meta-ethnography, the synthesis of multiple qualitative studies, can provide insights into the experiences of patients and health-care professionals and generate evidence that can be used to inform healthcare practice and policy. However, there are not yet clear guidelines on the process of meta-ethnography.

To address this, the authors of a new paper have designed a step-by-step method for conducting a meta-ethnography, including examples. They especially focused on the middle and later stages of the process, “determining how the studies are related, translating the studies into one another, synthesising the translations,” due to the difficulty of these steps and the dearth of existing guidance for conducting them.

These clear guidelines will allow authors of future meta-ethnographies, even those new to the methodology, to produce rigorous and comprehensive syntheses of evidence that contribute to improvements in patient care and healthcare processes.