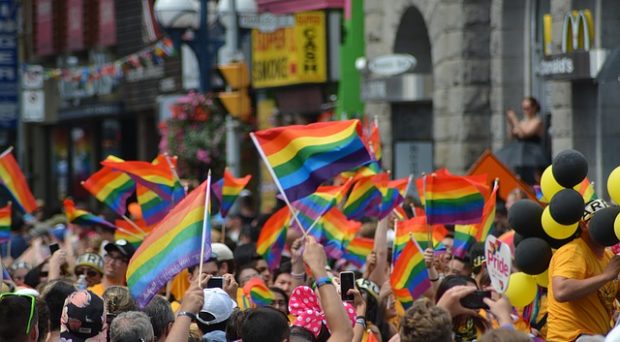 When I decided to write this blog, my hope was to write something uplifting since Pride month is a time of celebration.  I was determined to find recently published articles on the advancements in LGBTQ health. After looking through all pertinent journals from BMC’s 185 journals on medicine and public health, my results were disappointing. All of the articles I found on LGBTQ health painted a dismal picture.

The articles I found addressed either LGBTQ health disparities or the challenges in obtaining health care. Article after article discussed how LGBTQ individuals experience greater rates of mental health issues compared to their heterosexual counterparts.

It is crucial that we know what these health issues are, where they are found, and their etiological underpinnings. As I proceeded with my research, it became clear that the poor mental health amongst LGBTQ individuals could be attributed to stigma, three types in particular: enacted stigma, felt stigma, and internalized stigma.

There is a 34.9% lifetime prevalence of suicidal ideation amongst MSM. This rate increases to 42.6% when looking at populations from high income countries.

Enacted stigma includes overt behaviors of prejudice and victimization.  Felt stigma involves the psychological impact of rejection as well as concealing one’s sexual orientation. Internalized stigma, or internalized homophobia, involves LGBTQ individuals having negative feelings towards homosexuality and their own sexual orientation. One study conducted in Germany found that all three forms of stigma were positively correlated with mental health issues.

Fortunately, there have been recent advances in LGBTQ rights and acceptance within the Western world. However, these advances are absent in other parts of the world such as China.

Of all the subsequent effects from mental health issues that the LGBTQ group faces, suicide is the biggest concern. In Canada, suicide is the number one cause of premature mortality amongst MSM. One meta-analysis found that there is a 34.9% lifetime prevalence of suicidal ideation amongst MSM. This rate increases to 42.6% when looking at populations from high income countries.

Not only did sexual minority women experience worse mental health compared to their exclusively heterosexual counterparts, but they also experienced greater rates of interpersonal violence.

In an Australian study not only did sexual minority women experience worse mental health compared to their exclusively heterosexual counterparts, but they also experienced greater rates of interpersonal violence. Of further concern, bisexual women have the highest levels of stress, anxiety symptoms, and depression while simultaneously having the lowest levels of mental health and life satisfaction.

Sexual and gender minorities from certain populations are also found to experience greater rates of mental health conditions. Sex workers experience high rates of violence and sexual health vulnerabilities, however research on mental health in this population is lacking.

Pride is unique because it is a time to celebrate love and acceptance; a time when literally all the colors of the rainbow permeate the streets.

For many, this is a reprieve from the day-to-day challenges that many LGBTQ individuals experience. It is a way to provide support and encouragement to these people who are in such desperate need of support and acceptance.

We cannot ignore the dangers that this community faces throughout the world and how stigma can result in millions of people experiencing poor mental health, psychiatric illness, suicidal ideation, and even death by suicide, but by rallying during Pride, LGBTQ individuals have an opportunity to not only embrace their true selves but also fight to protect themselves and others from the challenges they inevitably face throughout the world.

—-As I proceeded with my research, it became clear that the poor mental health amongst LGBTQ individuals could be attributed to stigma

You mean of course, people directing a stigma. Yes, people who direct that prejudice cause considerable harm. Supporting them does as well.