It has been suggested in the literature that concern about weight gain is a barrier to smoking cessation. Dietary energy density (ED; kcal/g) is an established risk factor for obesity and a marker for diet quality. Diets low in energy density may reduce risk of weight gain. However, little is known about the relationship between diet quality and smoking status in US adults.

In their study, Dr Jacqueline Vernarelli and colleagues at Fairfield University and Yale University in the United States looked at dietary data taken from a nationally representative sample of 5,293 U.S. adults who had been asked to report what they had eaten in the past 24 hours. Smokers were identified as individuals reporting more than 100 lifetime cigarettes and never smokers as those reporting less than 100 lifetime cigarettes. Current smokers were further classified as daily smokers (smoking cigarettes every day) and nondaily smokers (identifies as a smoker, but does not smoke cigarettes every day). The researchers calculated the average dietary energy density of each participant’s diet and, after accounting for factors such as age, race, sex, physical activity and body mass index, found that smokers consumed around 200 more calories a day than non-smokers or former smokers, even though they ate significantly smaller portions of food. 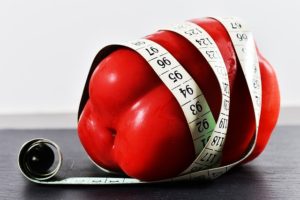 The calorie dense diets consumed by the smokers whose data was used in this study often included less fruit and vegetables, which means their intake of vitamin C was likely to be lower. The authors suggest that this deficiency could potentially put smokers at further risk of cardiovascular disease and cancer, presenting a major public health concern.

As dietary energy density is a marker for both diet quality and a risk factor for obesity, the results of the study suggest that the consumption of a diet low in energy density may be a successful strategy for preventing weight gain following smoking cessation.