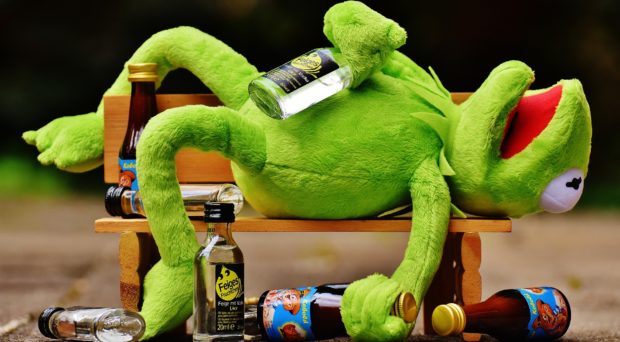 In the last five years, there have been many charity campaigns urging us to give up alcohol for a month, from Alcohol Concern’s Dry January, Cancer Research UK’s Dryathlon in both January and September, and Macmillan Cancer Support’s Go Sober for October.

These campaigns not only aim to raise funds for their charities but also hope to encourage behavior change in the long term to improve our health. For example, alcohol is known to cause seven types of cancer, including breast, mouth and bowel cancers, and cutting down your drinking lowers your risk of cancer. Abstaining from alcohol for four weeks also lowers blood pressure and blood sugar, improves sleep and concentration and helps you lose weight.

In this blog we take a look at a sample of the ISRCTN studies and trials related to alcohol from what causes us to go ‘over the limit’ and what can be done to discourage heavy drinking.

Why do we drink too much?

What are the factors that influence how much we drink? In 2015 the Behavior and Health Research Unit at the University of Cambridge looked at whether the size of wine glasses influences how much wine is sold in bars and restaurants. They found that larger glasses really do increase our consumption, as a 9.4 % increase in the amount of wine was purchased (study registered at ISRCTN and published in BMC Public Health).

While bars, restaurants and advertising are all urging us to drink more, in the UK the government wants us to drink less, not only for our own good but also for the burden it places on the NHS. Alcohol is estimated to cost the NHS around £3.5bn per year, which is about £120 for every taxpayer.

This time last year the UK drinking guidelines were updated, reducing the recommended weekly limit for men from 21 to 14 units per week, in line with the recommendations for women. A team at the University of Sheffield is currently studying the impact of the campaigns promoting the new guidelines on the drinking habits of adults in England.

What can else be done to spread the sensible drinking message? A common strategy is to target young people, who have the highest mean alcohol consumption as discussed in this blog. For example this study at Newcastle University looked at the effects of a personalized, interactive worksheet-based session for young people aged 14-15 at high school.

The move from school to university is an ideal ‘teachable moment’ when people are more open to making changes to their behavior.

The move from school to university is an ideal ‘teachable moment’ when people are more open to making changes to their behavior. New university students are therefore a particular focus, with recent studies carried out at the University of Sheffield in the UK and at Linköping University in Sweden, both of which involve the students completing online questionnaires which then give them appropriate advice on their drinking behavior.

Prevention is better than cure and it is better to catch people before their drinking becomes a problem, but there are other studies aimed at ‘the morning after’, targeting heavy drinkers in a variety of different settings. These have included, for example,  a short 5-minute discussion in a sexual health clinic, a motivational interview in the hospital emergency room, behavioral change counseling while in police custody, and even oral cancer prevention leaflets given out at dental surgeries.

There are also studies looking at problems connected to drinking, ranging from drink-driving, use of other drugs, and ultimately alcohol dependence. Just as other bad habits go hand in hand with drinking, sensible drinking can be taught alongside other healthy behaviors such as eating healthily, being physically active, and not smoking. The U@Uni study website included a questionnaire, text, videos and links to further information about the four targeted health behaviors. However, only smoking rates were significantly affected and participant engagement was low.

There’s an app for that

Could digital technology be the key to reaching young people? Studies using text messaging, online self-help websites and smartphone apps are becoming increasingly common at ISRCTN. The latter study is testing different versions of the Drink Less app, from a minimal version that simply records drinks and units consumed, to a full version that also monitors mood, productivity and sleep quality, and gives the user feedback on their progress.

If you want to give Dry January a go, there are many apps available to download, such as the official ‘Dry January & Beyond’ app for iPhone and Android, and even if it’s not for you, the message of sensible drinking is one that should be remembered throughout the year.