Dr Pascal Meieris a consultant Cardiologist based at The Heart Hospital London, and leader of the Yale-UCL Device Development Programme (part of the Yale-UCL collaborative).  Dr Meier and colleagues recently published a meta-analysis in BMC Medicine which has received much attention as the study suggests  assessment of coronary collateral circulation before PCI can be a useful marker in risk stratification, and highlights the need to develop more appropriate treatment choices for patients at risk. This study has also recently been highlighted by heart.org and the Wall Street Journal. In this guest blog, Dr Meier explains how the idea for this meta-analysis was formulated between his co-authors, and discusses the impact of these results on future management and treatment of patients at risk. 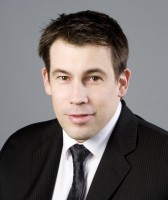 Coronary collaterals are a network of microvessels which connect the main coronary arteries which supply the heart. They have the function of “natural bypass vessels” and are in general beneficial. They can protect the heart from ischaemia in case of an abrupt vessel occlusion, reduce the size of myocardial infarction and are even associated with a lower cardiovascular mortality.

Despite this clear advantage, there have been studies indicating a potential negative impact of this collateral circulation; however, these studies have shown conflicting results. We know that after surgical bypass grafting, the atherosclerosis process accelerates which is probably due to competitive flow and change in vessel wall shear stress.  Collateral vessels work like a network of  small natural bypass vessels and it is therefore absolutely possible, that a similar phenomenon leads to an increased risk of restenosis in the main coronary vessel.

I discussed this topic with three prominent cardiologists and we decided to resolve the controversial results of previous studies with a meta-analysis.  Dr Bertram Pitt Professor of Cardiology at the University of Michigan, and Dr Christian Seiler Professor of Cardiology at the University Hospital of Bern are both leading experts in the field of the collateral circulation.  In 1959, Dr Pitt was actually among the first researchers to detect the existence of the collateral network in the heart.  Dr Alexandra Lansky from Yale Universityis a world leading expert in the coronary intervention and the assessment of the respective clinical outcomes. We felt that a main reason for conflicting results of previous studies was the small study size (small statistical power) of most of these trials.  With this meta-analysis, we were able to significantly increase the statistical power by pooling results of 7 studies and a total of 1,425 patients. The results of this project clearly show that patients with a well-developed coronary collateral network have a significantly increased risk for restenosis after stenting a coronary vessel. The risk for restenosis was found to be increased by 40%.

To obtain independent views on the results of our study, I discussed this further with two interventional cardiologists: Dr. Rolf Kreutz, Assistant Professor and interventional Cardiologist at the Indiana University School of Medicine, Indianapolis,  thinks these  study results are interesting and can potentially help for decision making in the cath lab. However, he says that a major limitation of this study is that none of the patients received drug eluting stents which are predominantly used in current clinical practice.

Dr. Andreas Ruck, Senior Consultant and interventional Cardiologist at the Karolinska Institute in Stockholm, Sweden, thinks  these study results may help to decide in which patients to choose bare metal stents and in which to use drug eluting stents, but he says that the results should be confirmed in a larger trial that also involves drug eluting stents. The current study only used bare metal stents or plain balloon angioplasty. Possible confounders, unaccounted for in the meta-analysis, such as stenosis severity (measured by Fractional Flow Reserve) and diabetes also need to be explored.