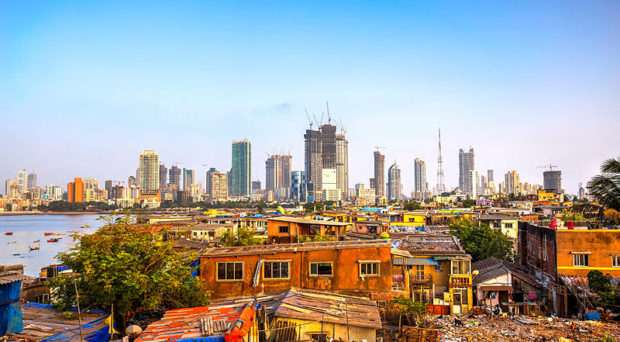 Tuberculosis (TB) is the leading global cause of death from an infectious disease. It is closely linked to poverty and malnutrition and embeds poverty by reducing a person’s ability to work and care for their family.

Effective cure for TB usually involves 6 months of drug treatment. If a person does not take the medicine as directed or stops early, not only are they unlikely to be clear of TB but there is a risk that their infection will become drug-resistant and more difficult to treat. This then creates an additional disease burden for their community and health system. Therefore it is vital to support TB patients to complete their treatment.

The St-ATT study includes assessment of catastrophic household expenditure (spending at least 40% of household income on medical expenses), malnutrition, food security and impact on work and education in its observation of people receiving treatment for TB in the Philippines.

The ASCOT study is comparing standard care only with standard care plus a cash transfer as economic support, social support in the form of home visits and TB clubs, and a combination of both, in people with TB in Nepal.

People facing poverty can feel forced to work when ill or risk their health in order to make ends meet. The POWER study is investigating whether providing young women who sell or exchange sex in Cameroon and their dependents with health insurance will improve health, wellbeing and socioeconomic stability.

The SWIE study offers women in India an individual or family insurance product provided by a self-employed women’s trade union that pays out for income lost when hospitalized. This study will add to the evidence base on whether national health coverage in lower-income countries should include compensation for lost income, as well as for medical expenses.

Previous research suggests that the cost of travel is a significant barrier to accessing healthcare. The CASH study identified patients in Guinea who were eligible for elective surgery and who lived in five locations between 5 and 48 h away from the capital Conakry, where the surgery would be provided. The surgery, medications and post-surgical care were provided free of charge. Participants were randomized to receive a bag of food and goods, a non-conditional cash transfer 2-4 days before surgery, or a payment conditional on them arriving for pre-surgery screening.

According to the non-peer-reviewed results, those who received the non-conditional advance payment were significantly less likely to arrive for their appointment, compared with the other two arms, which showed similar no-show rates. The researchers were somewhat surprised, as the hypothesis was that advance cash transfers would decrease no-shows. However, this result might reflect that the recipients of the advance cash might have decided to spend it on other needs that they felt were more urgent than their surgery.

A similar effect was observed in a study that investigated a Housing First intervention for homeless families in Brno, Czech Republic. The initial results have shown that although 96% of the families remained in municipal housing after 1 year and their housing costs were lower than the control group, their financial stability was not significantly improved, although the number of occasions when the family did not have enough money to feed children was reduced in the city-housed group. Again, this might show that relieving just one element is not enough to pull people out of poverty, since they still face difficult decisions on where to spend their limited resources.

Higher-income countries generally enable access to healthcare to all; however, levels of inequality are high and poor health or disability and unemployment can form a vicious cycle.

People with difficulties consistent with a personality disorder are more likely than the general population to experience stress at work and unemployment. In a UK-based study, Dialectical Behavioural Therapy Skills for Employment (DBT-SE), which includes training in managing emotions associated with securing and retaining a job, is being compared with Mental Health Employment Services (MHES), which provides vocational support only. The primary outcome measure of this study is the number of paid hours worked by the participants in 1 year.

The PRESAJE study recruited unskilled people aged 18-25 years who were not in employment, education or training (NEET) who visited Missions Locales (centers providing advice on employment and training in France). Participants were randomized to receive support from a social worker to optimize health coverage or optimized health coverage plus a medical consultation focusing on social and preventive medicine.

The results showed that those who received the consultation were significantly more likely to attend a training session, with the effect most marked in women, those who were unstably housed and those with lower levels of education.

The role of research in eradicating poverty

Interventions aimed at reducing poverty should be tested to avoid wasting resources on those that are ineffective. However, it is difficult to reduce complex and individual situations to a ‘condition’ that might benefit from a single ‘intervention’ as is common in clinical studies.

People don’t necessarily behave as predicted, particularly when they are considering competing needs, and funders must consider how to avoid disempowering people when providing resources.

The theme of IDEP in 2021 is “Building Forward Together: Ending Persistent Poverty, Respecting all People and our Planet”. This involves breaking down discrimination and enabling people most affected by poverty to participate in decision-making.

Find out about achievements to #EndPoverty around the world and the effects of the COVID-19 pandemic. You can also find out more about the UN’s Sustainable Development Goals, of which ending poverty is the first goal (SDG1), and what’s going on at Springer Nature to support the achievement of these goals. 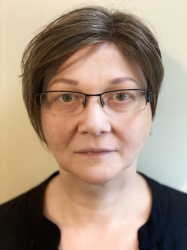