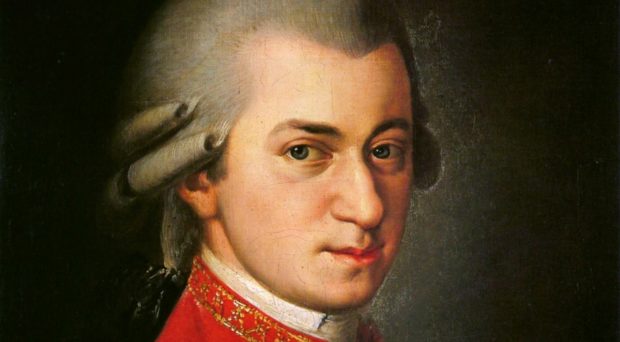 Mozart; picking out chords at the early age of three. How does this fast learning happen?
YouTube

Everyone is familiar with child prodigies. Mozart was a classic example of a child prodigy; at three he was picking out chords on the harpsichord, at four playing short pieces, at five composing.

Child prodigies are typically defined as children who, by the age of 10, are able to perform (art, music, math, writing, even puppeteering, etc.) at the level of an expert adult. In other words, child prodigies are children that from very early on reveal a greatly accelerated learning curve toward higher levels of achievement.

In order to understand the accelerated learning of the child prodigy, we should understand (1) what part of the brain would have evolved specifically to accelerate the development of skills, and (2) why such acceleration would have been a specific advantage during the evolutionary natural selection of the human brain.

Where do speeded-up skills come from?

We know that the cerebellum is the part of the brain that leads to the improvement of skills. Nearly three decades ago in 1989, Cerebellum researchers, Leiner, Leiner and Dow concluded that the evolutionarily newest circuits of the cerebro-cerebellar system (linked cerebrum and cerebellum) enabled the cerebellum to improve the speed and skill of cognitive, language, and movement performance. All that’s needed is practice, practice, practice.

And, in 1993 Masao Ito, who won the Japan Prize in 1996 and the Gruber Prize in Neuroscience in 2006 for his decades of contributions to cerebellum research, echoed that, through practice, the cerebellum makes us get-better and get-better-faster at anything we do.

In Chapters 8 and 9 that appear in a new book on child prodigies in music published by Oxford University Press, I have argued that child prodigies are the result not of a ‘smart’ cerebral cortex, but of, you guessed it, ACCELERATED processes in the cerebellum.

Why would such acceleration occur at all?

In both of my Chapters 8 and 9, I argue that a slight genetic tendency has been an advantage selected into everyone for any regularly practiced learning to accelerate. This has occurred in human evolution, especially over the last million years.

A slight genetic tendency has been an advantage selected into everyone for any regularly practiced learning to accelerate. This has occurred in human evolution, especially over the last million years.

According to Leiner, Leiner and Dow (mentioned above), during this time the human cerebellum increased three- to four-fold in size and developed vast connections with the highest thinking and performance levels of the cerebral cortex (planning, problem solving, music, language, and so on).

Young humans all through this million or so years of cerebro-cerebellar evolution who quickly (the quicker the better) got good at survival skills were more likely to survive and pass on their genes—and, now, there is a little of the child prodigy potential in all of us!

Very young children with a very slight genetic sensitivity and with exposure to particular skills (art, music, math, etc) and with the opportunity and encouragement for lots of early practice, might become child prodigies. I have offered a detailed explanation of how early music training (especially before the age of 7) improves attention (the central executive) in working memory.

In my above-mentioned Chapter 8, I have proposed that as soon as enough culture (in music, art, math, religion) accumulated, perhaps 10,000 years ago (or perhaps much, much earlier), the first child prodigies began to appear.

All great ancient and modern cultures are most prominently cerebellum-driven

In actuality, child prodigies can best be thought of as highly visible points in the whole cerebellum-driven advancing evolution of culture. I believe this constant cerebellum-driven advancement of culture includes everything from the earliest stone-tool technology to the ancient Egyptians, the Romans, the Renaissance, to the invention of the i-phone you might be holding in your hand right now!