Richard III is a controversial historical figure, and perhaps not the most obvious topic for a science blog. Yet the discovery of his remains in a social services car park in Leicester in 2012, has brought this well-known King of England into contact with the most up-to-date scientific techniques and technology.

I’ve been meaning to write about this topic since seeing the fabulous Dr Turi King, who led the genetic analysis, present at ‘Aida Lovelace Day Live’ last October. Not only is the story compelling, and the science fascinating, but I also happen to be a bit of a medieval history nerd, so Richard’s reburial today at Leicester Cathedral seemed like the perfect prompt for me to get writing.

I’d be surprised if you haven’t seen at least some news coverage about the discovery of Richard III in a car park, but in case you haven’t – and to indulge my own interest in the story – let me give you a bit of background.

In 2012, the University of Leicester began an archaeological dig at the site of where they believed the Franciscan friary of Greyfriars once stood. The dig was proposed by Philippa Langley of the Richard III society. Following further research by the university there seemed enough evidence to suggest that: firstly, the friary used to stand in what was now a social services car park; and secondly, there was a good chance that Richard III had been buried there.

At Dr King’s talk, she was clear that the team from the university believed it extremely unlikely that they would find Richard III. At most, they hoped to uncover evidence of the friary, and possibly find the Choir in the friary church, which is where he would most likely have been buried.

Yet, in the first trench, on the first day of the dig they uncovered leg bones. Nothing was done with these initially, as they needed further excavation to establish where in the building they might be. However, it quickly became apparent that these bones were indeed in the location of the Choir in the friary church.

As the skeleton was uncovered, the team found that it had suffered serious head injuries consistent with death in battle, but what was really astonishing was the discovery of the curved spine. Richard was reputed to have been a ‘hunchback’, though the truth of this was not certain. At that point, the team knew they might just have something extraordinary on their hands.

But how could they prove that this skeleton was none other than the reputed tyrant who lost his crown at the Battle of Bosworth?

Ancient DNA and proof of identity

There were many investigations to find this proof – for example, carbon dating, and studying the wounds and other identifiable features on the skeleton. But probably the most cut and dry proof that the team could get to show that this skeleton was indeed Richard III was a DNA match between him and a living relative.

Advances in sequencing technology mean that matching DNA between two living people is now a relatively straightforward process. However, when one of the people you’re trying to match has been dead for over 500 years, it gets a bit more complicated. Some of the challenges and controversies regarding ancient DNA analysis are discussed in this new review by Michael Hofreiter and colleagues. The work undertaken in Richard’s case was described by the researchers involved in an open access article published in Nature Communications in December last year.

Even with our highly conservative analysis, the evidence is overwhelming that these are indeed the remains of King Richard III, thereby closing an over 500 year old missing person’s case.”

Rather than being able to produce a complete sequence from a cheek swab – as was done for Richard’s living descendants, Michael Ibsen and Wendy Duldig – the team from Leicester worked with scientists from University of York and Université Paul-Sabatier, Toulouse, to produce a sequence from the teeth and bone of the skeleton.

The teeth were irradiated and ground to a powder before DNA could be extracted. Some of the challenges around extracting DNA from ancient teeth are discussed in this article published a couple of years ago in Investigative Genetics. And once the DNA is extracted, it is in fragments – in this case of between 153 and 250 base pairs. To analyze the mitochondrial DNA (mtDNA) of the ancient sample, the researchers had to amplify and directly sequence the overlapping fragments of DNA that they had extracted.

mtDNA is passed on through the maternal line, and it was this DNA that the researchers were hoping to match with that of Michael Ibsen and Wendy Duldig – both descended through the female line from Richard III’s sister, Anne of York.

When added to the other evidence gained from the study of the skeleton and historical records, these results allowed the researchers to conclude with 99.999% confidence that the skeleton was indeed that of Richard III.

“Even with our highly conservative analysis, the evidence is overwhelming that these are indeed the remains of King Richard III, thereby closing an over 500 year old missing person’s case,” said Dr King last year, on the release of the Nature Communications article.

But the DNA evidence has more to reveal

Identity wasn’t the only thing found in the study of Richard’s DNA – a study that is still ongoing, I should add. Ancient DNA can now be used to identify hair and eye color, as per an article by Draus-Barini and colleagues, published in Investigative Genetics in 2013.

The researchers used similar techniques to those in the article above to determine that Richard III had a 96% probability of having blue eyes, and a 77% probability of having blond hair. This goes against some of the existing – and most famous – portraits of the king, though there’s evidence to suggest that many of these were doctored after they were originally painted.

Indeed, no contemporary portraits of King Richard exist, but one of the earliest, painted over 20 years after his death, does show Richard with blue eyes, and slightly lighter hair than in other portraits. The figure below shows the range of possibilities the researchers identified for Richard’s hair and eye color:

And there’s more to come. Articles like that of Antti Sajantila in Investigative Genetics on what can be revealed by the dental microbiome of ancient skeletons demonstrate that there is much to be learned from the analysis of ancient DNA.

Ongoing research by the University of Leicester team is looking into whether Richard’s genome can tell us more about any infections he may have had, in a similar way to how sequencing of Otzi the Iceman revealed the first known case of Lyme disease. Excitingly, following this latest project to analyze Richard’s genome, the researchers plan to make it available online as a resource for anyone to access.

So, while his remains are now being put to rest in Leicester, the city from which he set out to the Battle of Bosworth, it seems we will be learning more from Richard over the coming months and years. What a shame the DNA can’t reveal to us whether or not he killed his nephews – the Princes in the Tower. I suppose some questions even science can’t answer.

if you were fascinated by yesterday’s ceremony at Leicester, there are some photos on the Geograph web site at geograph.org.uk

Hi!
I wonder what haplo-group he belonged to? It would be interesting to know.

I was surprised that there was no mention of his paternal DNA and his haplogroup. I have an article or two stashed Way somewhere, and now I have to look for, that suggest he was in haplogroup G, which means that the Plantagenet line would be broken. I think this is what I remember from the articles I read. If I am wrong, please notify me.

Is it possible to do an autosomal test on his Dna? A chromosome browser like familytreedna has ?

Have there been any tests on the bones said to be the missing Princes found at The Tower of London ? What about with all this new Science being used to verify if the Henry Tudor line is as secure as it is only thought to be. As a Family historian the first thing I was told work on the theory ” Mummy’s Baby and Daddy’s Maybe? “ 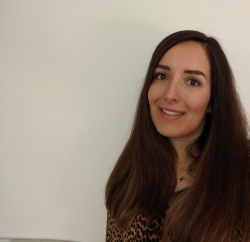