Jack the Ripper hit the headlines this week, as his supposed ‘true’ identity was revealed. It was said to be none other than Aaron Kosminski, a Polish immigrant and hairdresser of 23 years of age. It’s not a huge shock that the public has been in uproar: ‘Jack the Ripper’ trended on Twitter, news outlets are dishing out the details, and everyone is surprised the mask has finally been lifted 126 years later. But while the media world is blowing up, we’d do well to remember these are only claims.

Aaron Kosminski was a relatively young barber, only 23 years old. I’ve always imagined our famed murderer to be much older, but instead we’re faced with a suspect who happens to be the same age as me. It’s a strange thought.

And then there’s Jack the Ripper, who slashed the throats of (at least) five women, removed some of their internal organs, and left their corpses in the alleys. Almost a mythical figure, it’s surreal to hear of the man behind the murders. Why did he do it? Who was he? What was he thinking? By exposing the person responsible, we could get closer to answering these questions. 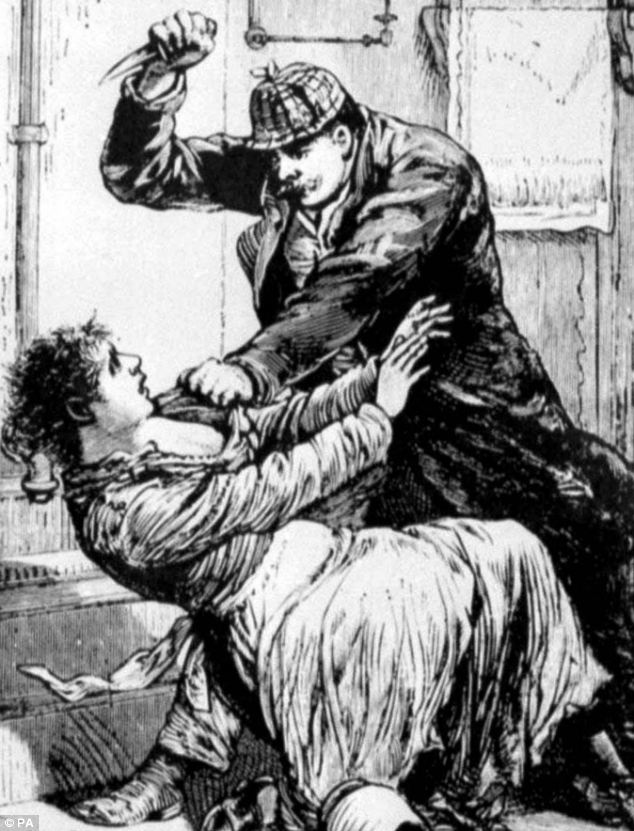 In comes Russell Edwards, 48, with a shawl he purchased belonging to one of the Ripper’s unfortunate victims, Catherine Eddowes. After winning the shawl in an auction, Russell proceeded with a DNA test to find possible clues towards the most likely perpetrator.

Jari Louhelainen, a molecular biologist at Liverpool John Moores University was put to the significant task of conducting this DNA test. Descendants of both Catherine Eddows and Aaron Kosminski were then tracked down and matched with DNA found on the unwashed garment.

The issue is… the results of this test have not been submitted for peer review or published in a scientific journal. Now, that’s a pretty important hurdle to ignore, especially when claims become public. Peer reviewers assess the reliability of a study, highlighting flaws in a paper that could compromise its findings. If there’s any issues with this test, we’re not likely to know of them. Not yet anyway. (You can learn more about the issues of peer review in a selection of our blogs).

Furthermore, we can’t judge the science itself without seeing it published in a scientific journal. And for such an interesting finding, it would be ideal for the article to be open to the public for all to read.

And more concerns are now being raised. The shawl belonged to Catherine Eddowes, a prostitute who lived 200 yards away from Aaron Kosminski’s home. While the shawl was stained by blood, Aaron’s DNA seemed to come from fluorescent stains that may have been semen. With this is mind, it’s quite possible he made a visit with something on his mind other than killing…

A lot is riding on this shawl. This item may be linked to Catherine’s murder – but that does not mean it was linked to all the others. Even if Aaron was the one to murder Catherine, what’s to say he murdered the others? I hate to be a conspiracy theorist, but what if these murders were committed by multiple suspects? This current finding provides us with a close minded view of who the murderer really was, and lets other potentials off the hook.

Sir Alec Jeffreys, the British geneticist who developed techniques for DNA fingerprinting, told The Independent that the ‘remarkable claim’ still ‘needs to be subjected to peer review with detailed analysis of the provenance of the shawl and the nature of the claimed DNA match with the perpetrator’s descendants and its power of discrimination.’ Despite his apparent scepticism, he then added that Aaron Kosminski was the most likely suspect. The fact remains that the claim is anything but ‘definite’. You can hear a podcast with Sir Alec Jeffreys in Biome magazine on his work to develop DNA fingerprinting, which has transformed modern forensic science. So what if these murders had been committed now in the modern age of DNA fingerprinting and forensic science? Forensic technology is now able to predict eye and hair colour from just skeletal remains alone, as found in research published in Investigative Genetics. Researchers took the tooth from long dead Polish general Władysław Sikorski, and found he was blue eyed and blond haired.

With modern techniques like this, that could help identify a perpetrator, perhaps Jack the Ripper would have been apprehended before all five murders were committed. But, thanks to the shawl’s old age and history, there’s also the issue of  contamination. The shawl was never washed before or after her death. It must hold a whole wealth of DNA samples.

So, is Aaron Kosminski our ‘true’ suspect? The answer is: until peer review, we can’t be certain. Although many clues point to him, there are still several obstacles that  must be overcome before Kosminski’s involvement is ‘definite’.