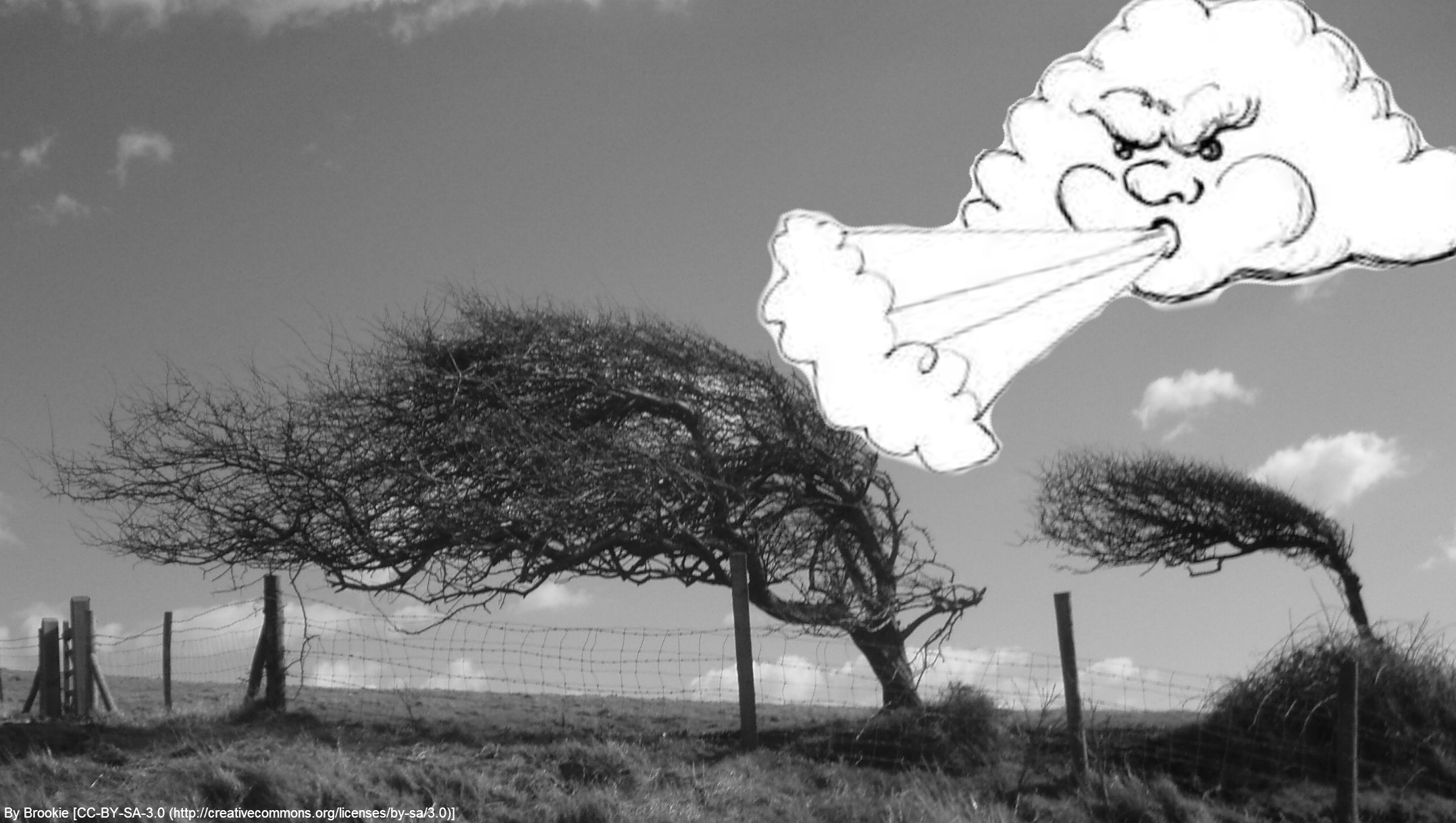 We’ve all seen images on the news of the aftermath of a storm. Branches, and sometimes whole trees, lying forlorn on the ground amongst a jumble of debris. But while the news focuses on the human impact of these events, there’s also the ecological impact to consider, as a paper published in BMC Ecology earlier this year investigated.

‘A tree that refuses to dance will be made to do so by the wind’ – so the African saying goes, but the wind can be a fearsome force that won’t be satisfied with mere swaying of branches.

The wind, at times a cool welcome breeze on a hot day and at others an almighty tyrant blowing great billowing gales. At least most animals can take shelter from it, but trees have nowhere to hide. After a storm, some may survive unscathed, whilst their neighbours lie upon the earth, trunks splintered, or broken in two, or even upended, roots dangling in the air with their crowns thrown into the dirt.

These casualities have suffered a case of ‘windthrow’, a natural phenomenon where strong winds break or uproot trees. Windthrow can have a dynamic influence on tree community structure, allowing an entire new species of trees to seize the area or causing regeneration by increasing the availability of resources.

The most susceptible individuals to windthrow mortality are large, tall trees with a wide crown and shallow anchorage, such as a Beech tree. Reduced stem flexibility too makes them more prone to breaking.

And it’s not just the strong gusts of wind that are a threat to trees, but the fact that they are typically accompanied by heavy downpours. The soil becomes waterlogged and malleable, loosening the trees secure rooting. Trees rapidly absorb the excess water and store it in their canopies of branches and leaves, making them top heavy. Loose anchorage and a heavy crown is a recipe for disaster, as another blow results in a fallen tree.

Although a well-established cause of tree mortality in forested regions, windthrow is poorly documented in Southern Africa and little is known about its effects in open arid regions. With the threat of extreme weather events seemingly increasing, a team of researchers sought to identify how common the phenomenon is and what impact it may have on the African ecosystem.

They studied Aloe dichotoma, commonly known as quiver tree or kokerboom, an indigenous South African species. An iconic specimen and climate change indicator, its characteristically rigid structure, as well as its broad crown and shallow rooting depth, place it at high risk of windthrow.

According to the study, windthrow is a greater cause of mortality in A.dichotoma than previously thought. It accounts for 49% of species mortality. Most trees can mitigate against the wind’s drag forces through flexing in its stems and branches, but A.dichotoma has no defence strategy. Its inflexibility renders it helpless against greater drag forces, especially adults with denser canopies compared to their smaller unbranched juveniles.

There is concern for important adult populations of these trees, as they tend to bear the weight of reproductive responsibility, and were found to be more vulnerable than juveniles. Small isolated adult populations are more likely to suffer localised extinction due to windthrow events.

Usually more than a dozen individuals in a given tree community are blown over during a single storm event. This is worrying given the slow recruitment, as saplings only establish themselves every 10 to 15 years or more.

Windthrow could affect the long term persistence of A.dichotoma and other tree populations, given the fact that lack of water and limited access to nutrients slows the recovery rate in arid environments.

Prolonged recovery and increased frequency of storms predicted to hit southern Africa could have a huge impact on these ecosystems in the future. These findings could serve as important guidelines for conservation management, helping tree populations to stand fast in the face of the forthcoming storms.