(Image by Raman Oza from Pixabay)

It has been several years since I last had malaria, but I still vividly remember my high temperature, throbbing head, torturous sleep, severe body aches, and non-existent appetite. I was totally knocked out mentally and physically, unable to perform even basic tasks like house chores. I took time off work. However, I know my situation could have been so much worse if the disease had led to heart issues as well.

Recent research shows malaria increases the risk of heart failure by 30%, implying a double jeopardy for the health and wellbeing of people in malaria-endemic countries. The unique connection between malaria and heart failure means an increase in the burden of non-communicable diseases.

Usually, heart failure means the heart is unable to pump blood optimally round the body – and malaria can affect the heart in this way. In order to escape the body’s immune system, the malaria parasite hides by sticking to walls of blood vessels. This leads to inflammation of the vessels, which could be present for up to one month after the malaria episode ends. Due to the frequency of malaria infections in endemic countries, repeated inflammation within the heart predisposes people to heart failure.

First, undertake prevention by vector control, which means limiting the ability of mosquitoes to transmit malaria.

Second, prevent high blood pressure by working to reduce the risks of hypertension. Hypertension affects 1.13 billion people globally and kills 10 million people every year. Two-thirds of those living with hypertension reside in low- and middle-income countries, according to the World Health Organisation. The most important prevention is to ensure a correct reading and diagnosis of hypertension as getting it wrong could be fatal.

Third, enforce no smoking bans and encourage individuals to quit smoking. Smokers breathe in about 4,000 chemicals including, nicotine, tar, and carbon monoxide. Therefore, smoking damages the lining of blood vessels, causes fatty materials to be easily deposited on walls of blood vessels, narrowing of vessels and leading to heart attack.

Fourth, engage and educate the public on the connection between malaria and heart failure using social media to increase awareness. Recently, Pinterest and Facebook started directing searches on vaccines to websites of reputable global health organisations such as World Health organization and U.S. Centres for Disease Control. This is to curtail the harm being done by fake news spread by anti-vaxxers. Likewise, social media organisations can apply the same strategy to malaria control especially with the on-going trial of the malaria vaccine.

This can be done using Facebook Disease Prevention Maps – datasets that show where people live, their movement patterns and their cellular connectivity, with the aim of improving public health campaigns and response to epidemics. In 2018, working with the Nigeria Centre for Disease Control, Facebook Disease Prevention Maps were deployed to increase awareness of treatment options for Meningitis, reaching over 3 million people. The same could be done for malaria control.

Malaria kills. I was lucky my last episode did not progress to severe malaria and affect my heart. We all must do our part to ensure it doesn’t kill anyone else either. 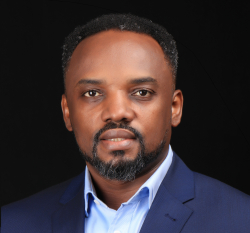 Dr. Ifeanyi M. Nsofor, is a medical doctor, the CEO of EpiAFRIC and Director of Policy and Advocacy at Nigeria Health Watch. He is a 2019 Atlantic Fellow for Health Equity at George Washington University, a Senior New Voices Fellow at the Aspen Institute and a 2006 International Ford Fellow. He has written opinion pieces for Scientific American, Project Syndicate, The Hill, Devex, African Arguments, and AllAfrica. You can follow him on Twitter @ekemma.