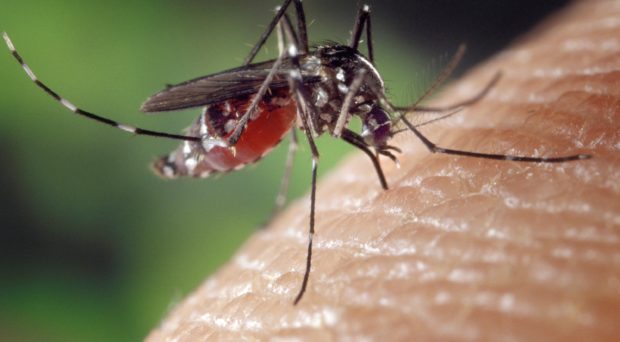 Wolbachia bacteria are a genus of symbiotes that infect a wide range of insects. Transmitted through the female line, they are notable for their complicated effects on the reproductive capabilities of their hosts. Depending on the species and strain of bacteria and host, Wolbachia infection may result in feminisation, male killing or even parthenogenesis- reproduction without males- all in order to maximise female transmission.

They also have a significant impact on the spread of disease. Some strains of Wolbachia directly inhibit viral replication in their hosts, including major vector-borne diseases such as dengue, yellow fever and Zika viruses. Others can increase malaria resistance (see Hilary Hurd’s blogs on Biocontrol using Wolbachia, and the war against malaria). Even without these overt abilities, by altering host population dynamics through a combination of fitness burdens and reproductive advantage, Wolbachia can dramatically reduce transmission and the overall burden of disease. They are therefore of considerable interest to disease control programs, with many promising trials and pilot schemes underway worldwide.

One consequence of Wolbachia infection in mosquitoes is cytoplasmic incompatibility (CI). This is a condition brought about by the symbiont’s alteration of infected gametes, where infected males can only reproduce successfully with a female infected with the same strain. This creates a bias which helps to maintain Wolbachia in a population, but only once its prevalence has reached a certain point- the invasion threshold. Disease control programs overcome this threshold through mass releases of infected mosquitoes, then rely on the bacteria’s unnatural selection to keep the infection going.

A recent study discovered that this cytoplasmic incompatibility can be lost in high temperature environments, a potential obstacle for otherwise promising disease control strategies.

During the wet season in Cairns, Australia, Ross et al reared populations of Ae. aegypti larvae infected with the wMel strain of Wolbachia. Water-filled containers sealed with mesh were placed in the field to create shaded, partly shaded and entirely exposed environments  over the course of two experiments, the second later in the year when temperatures were higher. Each was loaded with around 100 freshly-hatched larvae, infected with wMel. One week later, these mosquitoes were collected as pupae and taken to the laboratory to emerge as adults. Breeding crosses with untreated infected and uninfected partners were established to test cytoplasmic incompatibility. QPCR was used to estimate Wolbachia density and prevalence in treated specimens. As well as this primary experiment, batches of infected and uninfected eggs were incubated in thermocyclers at a range of temperatures, in order to investigate any relationship between Wolbachia infection and the thermal tolerance of Ae. aegypti eggs.

Larvae maintained in completely exposed environments experienced very high mortality due to extreme temperatures (up to 43˚C). In the few that survived, no Wolbachia infection was detected. Most of the data was gleaned from the partially and completely shaded populations, at (23.7-35.3 ˚C) and (23.2-29.6 ˚C) respectively.

Heat stress was demonstrated to reduce cytoplasmic incompatibility in wMel infections. Infected males from the hotter, partially shaded habitats were able to reproduce with uninfected females in around 40% of crosses, while drastically reducing their success with infected females- almost an 80% reduction in egg hatch rate compared to crosses with uninfected males. On top of this, many specimens raised in hotter containers were completely cleared of their infections, with those that persisted showing a far lower density (just ~0.2% of the control!).

The loss of the otherwise reliable mechanism of cytoplasmic incompatibility is likely to make Wolbachia infections much more transient in the field. On top of this, virus-blocking activity requires high densities of Wolbachia infection, so that depletion from heat stress in itself is likely to compromise capabilities for disease control even when the frequency of infection is relatively high.

Furthermore, Wolbachia infection was shown to actually reduce the thermal tolerance of Ae. aegypti eggs. This adds an extra fitness cost to infection, reducing its ability to sustain itself.

The researchers note that their results, while dramatic in experiment, should not be considered a condemnation of Wolbachia as disease control. Infections of wMel in Ae. aegypti have been established and persisted at high frequency in many high temperature environments, including Cairns. Presumably even these costs were not enough to prevent maintenance here. It may, however, explain various instances where infection has not proceeded as far as anticipated (O’Neill et al 2018, Hoffmann et al 2014), and can be expected to cause problems repeating identical strategies in hotter climes. Alternative strains of Wolbachia may fare better, and the initial release of infected mosquitoes may be scaled up to pass the higher invasion threshold. The strategy remains promising, but will need some finessing to context. Phil Dyer obtained his Biology BSc with the University of Dundee and an MSc in parasitology with the Liverpool School of Tropical Medicine. After working in a wide range of fields including animal viruses, trypanosomes and arthritis, he is now studying for a PhD with the University of Liverpool, investigating novel strategies for transforming Wolbachia. He is particularly interested in public outreach and the portrayal of science in the media.