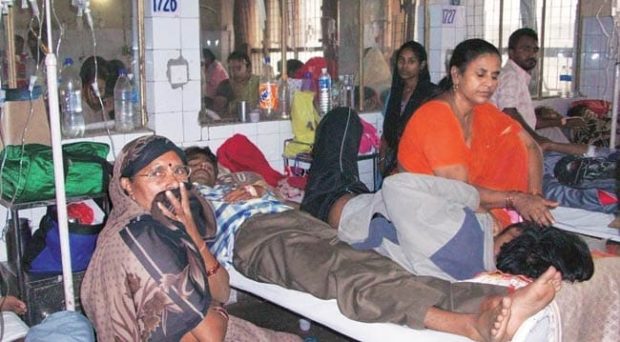 India is co-endemic for Plasmodium falciparum and P. vivax malaria and both have biological characteristics that impede malaria elimination efforts. While P. vivax is known for its repeated relapsing fever episodes/extended morbidity, the proportion of malaria cases caused by P. falciparum has risen with each passing year from 29% in 1985 to nearly 65% in 2016.

The figure shows the rising proportions of Plasmodium falciparum (Pf) cases in India. While malaria cases have consistently declined from 1996 onwards, Pf proportions have steadily increased from 29% in 1985 to 65% in 2016.

Nevertheless, unlike Africa, malaria transmission in India is by and large low-to-moderate and parasite distribution is heterogenous across its landscape. Invariably, focal disease outbreaks and malaria-attributable death cases (spread across all age groups of both sexes) are attributed to P. falciparum. In these foci malarial morbidity is enormous amidst public panic and chaos, so much so that the healthcare facilities are often beyond their carrying capacity. The majority of P. falciparum cases (80%) are contributed by just 20% of the population of a few states of the east, east-central and north-east India annually. These are also the states with large forest reserve and tribal/marginalized population groups living under impoverished conditions little aware of disease prevention and cure.

Emergence and spread of drug-resistant malaria

Drug-resistant malaria was first documented in 1973 in the north-east (NE) of India, sharing a contiguous border with other South-East Asian countries having similar ecology and disease transmitting vector species. Since then, drug-resistant parasite strains have multiplied, grown mono-to-multi- resistant and spread across India over space and time. P. falciparum is presently resistant to chloroquine (CQ) and sulfadoxine-pyrimethamine (SP) in large tracts of peninsular India, resulting in rollout of artemisinin-based combination (ACT) therapies as first line treatment for their proven efficacies.

Worryingly, declining therapeutic efficacy to the chosen ACT therapy, i.e., artesunate + sulfadoxine-pyrimethamine (AS+SP) has surfaced in NE India, which is considered to be the corridor for spread of drug-resistant varieties emanating from Cambodia to the rest of India and westwards. Consequently, AS+SP combination now has been replaced with artemether-lumefantrine (AL) specific to NE India. Alarmingly, there are already reports of emerging artemisinin resistance in Myanmar close to Indian border and it’s spread to NE, evidenced by prevalence of ‘kelch-13’ a molecular marker closely linked with this phenomenon presenting every possibility of its spread in India and beyond.

The relentless march of the resistant malaria parasite would prove detrimental to the control programme; having implications for malaria elimination efforts globally. To overcome the menace of drug-resistance there is an imperative need to strengthen the healthcare services for intensified disease surveillance, monitoring therapeutic efficacy and instituting drug-policy right in time and place, ensuring radical treatment, averting imminent disease outbreaks and the spread of drug-resistant malaria.

The problem is far more acute in outreach/forest-fringe nomadic population groups/inter-border areas with little access to healthcare services and lack of adequate interventions against both parasite and vector. The inter-country borders are porous and transmission intensities are intense perpetuating vicious cycles of poverty and malaria.

Despite this, given the present-day intervention tools, India has made remarkable strides in reducing malaria transmission over the past few years, targeting elimination by 2027, as discussed in a previous BugBitten blog. Decline in case incidences is steadily evidenced since 2001, by decreasing parasite rate, accelerating towards the ambitious goal of zero malaria.

Much of this goal could be achieved by virtual door-to-door disease surveillance, improved drug-policy and the roll out of artemisinin-based combination therapy, in conjunction with vector control interventions, including mass-scale distribution of long-lasting insecticidal nets (LLINs) and indoor-residual spraying operations preventing infective bites.

The advent of artemisinin did the magic trick for fast acting characteristics that helped reduce circulating parasitaemia in the endemic communities. For example, in a country-led operational research project, comprehensive case management programme (CCMP) in the state of Odisha (contributing most P. falciparum cases in the country) paid rich dividends in reducing the infectious reservoir and transmission risk by 80% post one year interventions in areas once considered intractable.

The decline in transmission reduction is recorded to be on track with 50% fall of cases in 2018 compared to the preceding year of 2017. The rise in P. falciparum proportions has been contained reporting decrease from 65% in 2016 to 48% in 2018. India is fast accelerating towards malaria elimination and joined hands with Asia Pacific Leaders Malaria Alliance (APLMA) for political commitment for sustained support and the Asia Pacific Malaria Elimination Network (APMEN) network of countries for shared data and experiences helping formulate appropriate intervention strategies towards common goal of freedom from malaria.

Yet, a disease burden of close to half a million cases reported in 2018 is unacceptable. So much so that India has been grouped amongst 11 high burden – high impact countries along with 10 African nations for contributing 4% of total disease burden in the World. In the South-East Asia Region of the World Health Organization (SEARO), India alone contributes over 70% of cases calling for concerted action to end malaria.

Apart from the array of issues related to zero transmission in the Indian sub-continent, it is of paramount importance to implement a nation-wide ‘test, treat and track (T3 initiative)’ to arrest the spread of drug-resistant strains of P. falciparum malaria before they become widespread. The armamentarium is falling short and operational costs are prohibitive to meet the logistic needs, given the huge population at risk (close to a billion). However, taking cognizance of the challenges, the Indian control programme is well equipped to take the task head-on supported by research inputs, skilled human resource and host of evidence-based technologies for a decisive attack on malaria.

Yet, there are miles to go to end transmission and gain malaria-free status. The threat of artemisinin resistance looms large. Given the momentum, complacency at any level of operation would be disastrous at this turning point. Inter-alia, it is proposed to maintain a vigil to prevent entry of drug-resistant malaria across borders and strengthen cross-border initiatives for coordinated action to mitigate the threat that is imminent. It is strongly advocated to invest heavily in NE India, ensuring universal coverage of interventions both against parasite and disease vectors not only to disrupt transmission but also preventing reestablishment in malaria-free territories. 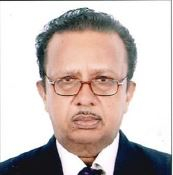