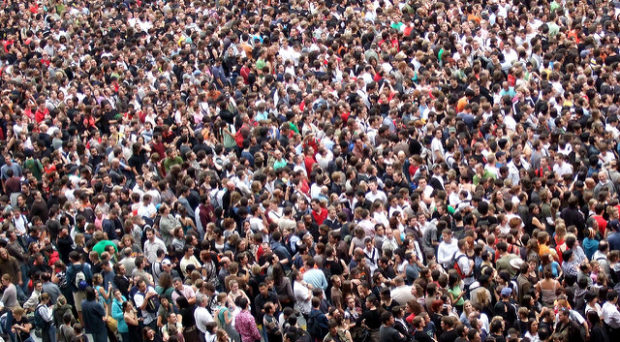 A study of over 33,000 people indicates that public health strategies aiming to prevent adult weight gain in the whole population have the potential to prevent twice as many cases of type 2 diabetes as strategies that target individuals at high risk of diabetes due to being obese. Patrik Wennberg and colleagues have carried out an observational prospective cohort study, analysing data from 33,184 people aged 30-60 years who attended two health examinations 10 years apart between 1990 and 2013 as part of the Västerbotten Intervention Programme. They were then able to determine the association between change in body weight between baseline and 10 year follow-up and occurrence of newly diagnosed diabetes at 10 year follow-up, and assessed the impact of population-level shifts in body weight on the occurrence of diabetes.

Alcohol warning labels – what do we know?

The effects of labeling on alcohol is an area that is generally poorly understood. A systematic review published this year examines the effects of ‘Low alcohol’ and equivalent labeling of alcohol, food and tobacco products on selection, consumptio Another study published in the journal at the beginning of the year explores the apparent ineffectiveness of warning labels on alcohol products. In their research, the authors theorize that the limited effect of warning labels may be due to consumers paying little attention to them. The lack of attention to warning labels, even among people who actively want to cut down, suggests that there is room for improvement in the content of health warnings on alcohol packaging.

How can fuel taxation influence obesity? Victoria Brown et al. have carried out a scoping review to assess the evidence for obesity or physical activity effect of changes in fuel price or taxation. Findings of the study suggest that increasing fuel excise taxation may be a cost-effective obesity prevention intervention. Victoria Brown discusses the research group’s findings further in a blog here.

Exercise can help prevent Alzheimer’s and other dementias

In this study, Martin Ginis and her cohort review data from more than 150 research articles about the impact of physical activity on people with Alzheimer’s. The work explores how physical activity improves the patient’s quality of life and examines the risk of developing Alzheimer’s based on the amount of activity in which an individual participated. Dr Ginis et al.’s project has demonstrated how research evidence can be used to formulate evidence-based messages and knowledge products that can be disseminated by public health and other organizations to promote the use of physical activity to prevent and manage Alzheimer’s disease.

Evelyn Pyper and colleagues find that, when children are made to go to bed at a certain time during the week, they are more likely to hit sleep guidelines. However, neither encouraging nor enforcing a bedtime has an effect on sleep at the weekend. The study uses self-reported figures from 1600 mums and dads with at least one child under the age of 18. Fifteen-year-olds show the greatest difference between weekday and weekend sleep, with 38.3 per cent fewer children meeting guidelines on the weekends compared to the weekdays.

What can keep youngsters away from cigarettes and alcohol? Keeping teenagers happy could be the secret to stopping them from taking up drinking and smoking. Lead author Noriko Cable and colleagues use 1,729 available cases from adolescents aged between 10 and 15 who participated in waves 2 and 3 of the UK Longitudinal Household Study that has annually collected population representative data from 40,000 UK households. Youngsters were asked to rate their happiness related to school performance, looks, family, friends, school and life in general. The researchers find that the happiest children have a 74.4 per cent chance of being non-drinkers and smokers, compared to 43.7 per cent of the least happy. The study findings indicate that joint interventions to promote happiness and harm awareness could help young adolescents from engaging with drinking alcohol or smoking cigarettes.

This study analyzes women’s activity levels, expectations and beliefs about exercise and their feelings about what makes them feel happy and successful. It finds that women who are less active have higher expectations of themselves to exerci se more intensely and more frequently – which actually thwarts their motivation. Whereas high-active women seem to have more positive feelings from exercising, more sedentary women feel that, in order for exercise to be ‘valid’, it needs to be intense. Author Michelle Segar and colleagues conclude that there is a need to effectively get the message across that any movement is better than nothing.

Russell Jago and colleagues have qualitatively examined parents’ perceptions of their 5–6-year-old child’s screen viewing (SV) within the context of their own quantitatively measured SV. They find that the majority of parents in this study who exceed the SV threshold express minimal concern and a relaxed approach to managing SV for themselves and their child(ren), suggesting a need to raise awareness among these parents about the time they spend engaging in SV. Author Catherine Draper discusses this important work further here.

A systematic review published earlier this year finds that nine in ten office workers are low on vitamin D because they struggle to see enough of the sun. Researchers from the Alberta University in Canada demonstrate that shiftworkers, healthcare workers and indoor workers are at high risk to develop vitamin D deficiency, which may reflect key lifestyle differences.  Less than half of outdoor workers from areas such as gardening and construction are vitamin D deficient, compared with 78 per cent of those who work indoors.

Previous studies and reviews have provided evidence that high heels are detrimental to health. However, the evidence base remains fragmented and no review has covered both the epidemiological and biomechanical literature. Max Barnish et al. have carried out a systematic review which shows that high heels bring psychosexual benefits to women but are detrimental to their health. The authors conclude that, in light of this dilemma, it is important that women’s freedom of choice is respected and that any remaining issues of explicit or implicit compulsion are addressed. Neil Cronin, one of the peer reviewers of this study, discusses the importance of the subject further in this blog.

A study which examines data from around 45,000 mothers, finds no evidence that maternal cell phone use during pregnancy has a harmful effect on child neurodevelopment. In fact, the research finds that children are better at communicating aged three or five, perhaps because women who speak more on the phone also talk more to their children, helping them expand their vocabulary. Although concerns were recently raised after the babies of rats exposed to magnetic radiation from mobile phones were born with changes to their brains, the authors of this study say the exposure of unborn babies and rodents cannot be compared. Authors Jan Alexander and Eleni Papadopoulou talk in more detail about their study here.

Effects of raising tobacco taxes across the EU

Modelling a 10% tax increase on tobacco reveals that higher taxation would be considerably more effective in reducing consumption as well as incidences of smoking-related deaths in the two less developed regimes than in the remaining 24 countries (EU24) belonging to the third income regime. Price increases in Bulgaria and Romania have the greatest effects on reducing cigarette consumption among all EU countries, while experiencing a comparatively high prevalence of smoking. The results indicate that, since each regime is differently affected by cigarette taxation, different policies must be adopted to fight nicotine use. Christian Schafferer, author of the article, discusses the study findings in this blog.

This large study is the first to investigate potential dilemmas between health and environmental considerations when purchasing animal food. The authors of the study specifically look at the socio-demographic profiles of individuals reporting health and environmental dilemmas when purchasing meat, fish and dairy products, and compare the diet quality of individuals with and without dilemma. The cross-sectional study involves 22,936 subjects from the NutriNet-Santé cohort study. Results of the study show that around 10% of individuals are torn between health and environmental considerations when purchasing meat or fish, and this is the case for only 5% for dairy products. Older participants, women, and low income individuals are more likely to report facing this dilemma. Participants who report dilemmas for meat and dairy products consume less of these foods and have a better dietary quality overall. In addition, participants with a meat dilemma show better adherence to meat/fish/eggs guidelines.

Louise Arvidsson and colleagues have investigated the bidirectional association between adherence to healthy dietary guidelines and children’s psychosocial well-being. They have also examined how the associations might differ between children with different weight status. It is the first study of its kind and the study findings are unique in that they are based on a large longitudinal study of children from different parts of Europe, adding to the largely cross-sectional, current evidence on diet and psychosocial health in children. The researchers examine 7,675 children two to nine years of age from eight European countries – Belgium, Cyprus, Estonia, Germany, Hungary, Spain and Sweden. The study finds that a higher Healthy Dietary Adherence score at the beginning of the study period was associated with better self-esteem and fewer emotional and peer problems two years later. The associations in the study are found to go in both directions; better well-being is associated with consumption of fruit and vegetables in accordance with dietary guidelines, better self-esteem is associated with limited intake of refined sugars, good parent relations are associated with fruit and vegetable consumption according to guidelines, fewer emotional problems are associated with fat intake according to guidelines and fewer peer problems are associated with consumption of fruit and vegetables according to guidelines. Researchers have asked nearly 3000 participants of The Maastricht Study to fill out a questionnaire on their social networks in order to assess whether social network size, contact frequency, type of relationship (family, friends, acquaintances), living alone and social participation are associated with pre-diabetes, newly diagnosed and previously diagnosed type 2 diabetes (T2DM). They find that, in men, lack of social participation is associated with 42% higher odds of T2DM and that living alone is associated with 94% higher odds of T2DM. These groups should therefore be recognized as a high-risk group in healthcare. The findings also support the idea that resolving social isolation may help prevent the development of T2DM and that social network size and and participation in social activities may be used as indicators of diabetes risk. Lead author of the study, Stephanie Brinkhues, explores the main findings of the study in this blog.