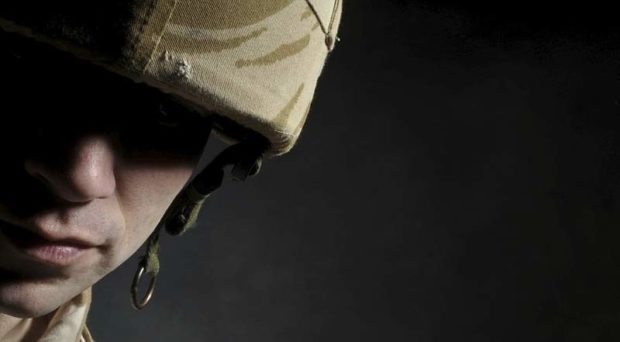 Statistics concerning the occurrence of post-traumatic stress disorder, or PTSD, in soldiers returning from combat vary widely depending on when a veteran gets tested for the mental illness.

However, one fact remains constant: anyone who works in a combat environment or other high-stress environment like those created by military service are at risk of developing PTSD during their deployment or after they return home.

This isn’t a new occurrence. Four out of five Vietnam veterans reported recent symptoms of PTSD when interviewed decades after the end of that conflict.

A new study has suggested a potential solution to this problem: a series of validated, self-reported questions administered early in the solder’s career.

These questions could help to predict a soldier’s potential for developing PTSD, depression or other mental illnesses as a direct result of their military service.

Between the operations being conducted in Iraq and Afghanistan, the U.S. military has been participating in combat operations for almost 15 years.

These extended combat scenarios have led to an increasing need for psychological health services for military personnel and service members. Depending on when a soldier’s mental state is assessed, the rate of service members returning from combat with symptoms of PTSD ranges from 5 to 45 percent.

Many symptoms don’t present until after the solider has returned home, which can make transitioning back to civilian life hard.

The hypothesis that service members who are assessed before or during the beginning of their career will enable mental health professionals in the military to be better prepared is not a new one, but it hasn’t yet been explored sufficiently.

Proactive mental health screenings could have two potential benefits, though: they could help reduce overall mental health care costs over time, and could cut down on the number of people who are at risk for mental illness or PTSD from being exposed to stressful scenarios.

The Army received the data for this study in three sources: soldier-provided information in the form of the pre- and post-deployment health assessments, the soldiers’ responses to the military Global Assessment Tools and Army demographic information.

The goal of this was to examine this information for one of two outcomes:

Having the soldier’s pre-combat mental state proved essential in determining the potential for the development of these mental health issues.

The one major limitation of this study is the lack of actual clinical diagnosis — while the data trended toward depression and PTSD, there were no official diagnoses made. This is also due in part to the negative stigma that surrounds mental illness and prevents people from reporting their concerns.  PTSD in the military is a problem with no quick or easy solutions.

This hypothesis could potentially help move military mental health care in the right direction, both by providing more tools for people suffering from PTSD and depression, and helping recruiters to determine who is at risk for developing mental health concerns due to the stresses of military service and combat scenarios.

These early screenings could also potentially save the military hundreds of thousands of dollars in mental health care in the long run.