In September 2000, The United Nations (UN) defined ‘The Millennium Development Goals’ which outline targets to tackle extreme poverty in the world. This mission seeks to alleviate many global challenges – including poverty, hunger, disease, shelter limitations, equality, education and sustainability of the environment.

The European Union (EU) sought to address  the extent of these problems by 2015. A key aim has been to see a reduction in the number of deaths caused by tuberculosis (TB). This infectious disease is a public health concern, as one third of the global population is thought to be infected with it.

In response to global health initiatives, the UN aimed to see a 50% reduction in death rates caused by TB by 2015, in comparison to figures from 1990. Marieke J. van der Werf, Sandro Bonfigli and Frantiska Hruba  from the European Centre for Disease Prevention and Control, Granitsväg, in Stockholm investigated whether these milestones were actually reached, so that we can prepare for the next steps to further improve global health. 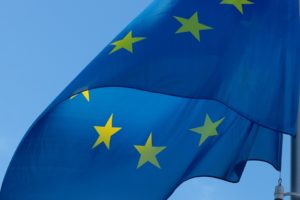 As shown in their recently published article in BMC Public Health, by obtaining data from the Eurostat database, the researchers analyzed cause of death statistics for populations belonging to all 28 countries of the EU. Looking at the time frame of 1999-2014, it appeared that TB death rates had decreased by 50%.

To add to this promising news, ‘the annual average percentage decline’, which shows how fast the fatality percentage  declines from year to year, was a surprising 2.73%. This result was more than what was necessary for them to reach their target.This positive news shows that the EU has successfully reached its MDF goal of reducing TB fatalities in its member countries. Though, what hope do we have for the future?

Since 2016, a new goal has been constructed by the World Health Organization. They raise the bar to ambitious levels, using figures from 2015 for comparison against a target for a 35% reduction in tuberculosis fatality by 2020, and a 95% drop by 2035. The authors comment that this will cause heavy demand on governments and health care services.

Other parts of the world are setting such objectives too. The General Assembly of the United Nations set out a list of goals to cease various global health problems by 2030, including as the TB epidemic.

To reliably assess how the world copes with its public health initiatives, appropriate data collection and research will become increasingly important as we step into the public health challenges of the future.