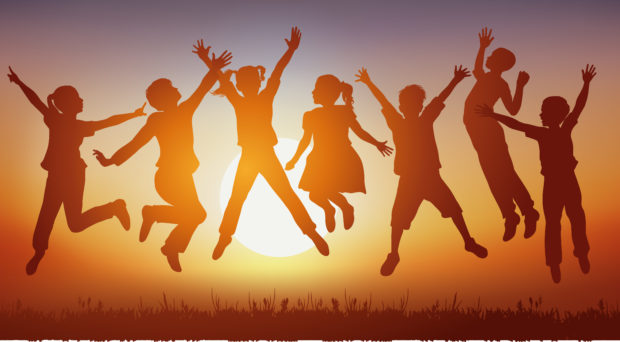 Children and the Sustainable Development Goals

Children are central to the 2030 Agenda for Sustainable Development. The 2030 agenda consists of 17 global goals with 169 targets between them which is measured by 230 specific indicators. 50 of these indicators are directly related to children. In 2015, child mortality for those aged under 5 was 5.9 million, which is almost 16,000 a day. It has been found that 83% of these deaths were due to infectious, neonatal, and nutritional conditions. China has seen a decline in under-5 mortality rate in the past 3 decades and it is one of the few countries to have achieved Millennium Development Goals (MDG) 4 (reduce child mortality) and 5 (improve maternal health). Certain provinces in China have also been reported to have achieved this decrease in under-5 mortality rates twice as fast as the MDG 4 target rate. It has been reported that Chinese children’s health status has improved remarkably and the rate of infant mortality and under-five mortality continue to decline.

However, large disparities have also been found across the region. Although some provinces rivals the best results in the world with relation to under-5 mortality, the reality is very different in other provinces. Preterm birth, low birth weight, birth asphyxia, childhood pneumonia, and diarrhoea are amongst the major threats to infants in some areas of China. Efforts are therefore needed to address this disparity and to close such gaps in subnational units seen within China.

A healthy diet and adequate nutrition is necessary to ensure optimum growth and development of children. About one third of child deaths worldwide are linked to malnutrition. This is a major health problem seen in China as well. Climate change also poses a new challenge in the control of undernutrition in this region, a matter which is already a concern particularly in poor rural areas.

Chronic nutritional deficiency during the first 1,000 days of a child’s life can result in stunting where the damage caused to the child’s development is irreversible. It is estimated that in China, 12.7 million children are stunted, which is equivalent to the population size of Tokyo. A national survey carried out in China in 2013 showed that 8.1%, 2.4% and 1.9% of children under 5 years of age were stunted, underweight, and wasted, respectively. Results from a community based cross-sectional survey carried out by Jiang and colleagues in 84 villages in mid-western provinces of China in 2010 showed that malnutrition is a major public health problem among children and the prevalence of stunting and severe stunting was 27.0% and 13.2%, respectively. Location has been found to have a large impact on nutritional status in China. The risk of underweight and stunting is 3-4 times higher for children in rural areas than for those in cities.

Over the years improvements in these figures emerging from China can be seen. The level of undernourishment in the country was reduced from 23.9% in 1990 – 1992 to 9.3% in 2014 – 2016. Mortality in children under the age of 5 due to malnutrition also dropped from 22% to 13% between 2000 and 2010. Although the data illustrates that progress has been made resulting in a decline in stunting, underweight and wasting amongst children, the prevalence of undernutrition remains high for children under 5 in rural areas.

China is the world’s largest greenhouse-gas emitter. It has been reported that the peak in China’s emissions of such gases could come by 2025, if not sooner. At the United Nations climate summit which took place in 2015, China committed to halting the growth in its greenhouse gas emissions by 2030 where the new plans call for a reduction of 18% in carbon dioxide emission and a 15% decrease in energy consumption. Children are particularly vulnerable to the effects of air pollution. China has seen an increase of childhood asthma and there are studies emerging which demonstrate a positive correlation between high levels of outdoor pollution with children’s respiratory symptoms.

It is evident that the world cannot reach a number of the SDG targets in the 2030 agenda unless the specific needs of children are monitored and addressed. Although improvements and progress have been seen in certain circumstances, there is still more that needs to be done to ensure that children are provided with the necessary to live healthy lives and achieve their full potential. More needs to be done to ensure that no child is left behind.

If you are interested in reading more on this topic, please visit the BMC Pediatrics website. The journal welcomes submissions on all aspects of child health including neonates, children and adolescents, as well as related molecular genetics, pathophysiology, and epidemiology studies. Related papers can be submitted to the journal here.