Were you too busy enjoying the delights of the season to read our December blogs? Not a problem, as we’ve pulled together the pick of the bunch for you to look through at your leisure. Multiple sclerosis (MS) is a neurological condition that affects over 2 million people worldwide.Research published in BMC Psychiatry in December suggested that lifestyle factors can play a role in depression risk for people with MS. Dr James O’Malley, Research Communications Officer at the MS Society (UK) told us moreabout MS and its association with depression.

Promise vs. perils of electronic cigarettes

Electronic cigarettes (e-cigarettes) are the center of much controversy. There are public health concerns associated with some of their components, including nicotine which is highly addictive.

BMC Medicine’s Ursula D’Souza discussed this controversial topic, describing the opposing opinions of two health professionals, one who believes e-cigarettes should be recommended to smokers who can’t quit, while the other argues they are not safe. 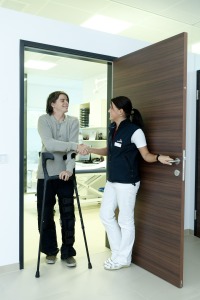 Partnership with patients in a new publication

Patient and public involvement in research is now a well-accepted concept and, although barriers still exist, it is increasingly embedded into the work of key organizations.

Daniel Shanahan wrote about Research Involvement and Engagement –  a new interdisciplinary, health and social care journal focusing on patient and wider public involvement and engagement in research, at all stages.

Up-to-date knowledge of cause-specific mortality is essential for the development of health policies. Obtaining this evidence is a massive undertaking, and probably the largest attempt to do so is the landmark Global Burden of Disease Study 2010 (GBD 2010). Lin Lee discussed the update of this study, GBD2013, and a BMC Medicine forum article on neglected non-communicable diseases, such as chronic kidney disease.

Making Sense of Big Data: Standards in Genomic Sciences: Nearly 20 years into full genome sequencing, today the cost of sequencing a single genome, once a feat of only the well-funded, is ceasing to be a matter for discussion. Amye Kenall told us more about the benefits of contextualizing genomic data and the reporting of it in a systematic way.

World AIDS Day 2014: can better access help Close the Gap? : Many people do not have access to the comprehensive antiretroviral therapy that is designed to help keep the disease at bay. Srimathy Sriskantharajah discussed initiatives to end the AIDS epidemic by 2030.

Pubic hair microbes as a forensic tool: The majority of samples recovered at crime scenes are shed hairs containing insufficient levels of nuclear DNA to make convictions. Sam Rose explained new research on how pubic hairs could be used for some forensic investigations.

Mapping inequities in maternal care:  In 2000, the United Nations established the Millennium Development Goals designed to improve outcomes for those in low-income countries. Philippa Harris discussed Goal 5 and its aims to improve maternal health.

A flock of bird data comes to roost: The genomics of modern birds is being used to unravel how they emerged and evolved after the mass extinction that wiped out their dinosaur ancestors 66 million years previously. Scott Edmunds’ post about the Avian Phylogenomics Project explained how it is just a first step in moves to sequence all 10,000 bird species.

SRST2: a new tool for genomic epidemiology: In this Q&A, Michael Inouye and Kathryn Holt, authors of a software article recently published in Genome Medicine, told us about the development of the software SRST2.