Research output in Asia is growing fast. According to National Science Foundation indicators published in February this year, the number of articles published by researchers in Asian countries increased from 89,000 in 1997 to 212,000 in 2011.

If that trend continues, Asia – with China very much in the vanguard – is likely to overtake both the US and European Union in terms of research output in the very near future. A Royal Society report from 2011 predicted that China would overtake the US sometime around now! Given this trend, it makes sense that we’re also seeing an increase in the number of researchers from Asia choosing to publish their research open access. According to Joyce Li, our Journal Development Manager based in Beijing, open access is growing in China, and we’re also seeing a lot of interest in partnerships to start new OA journals.

That said, there are still a lot of questions around open access and plenty to do if the model is to become as established as it is in the US and Europe.

“Mandates for open access from governments aren’t common,” adds  Joyce. “People are also often unclear about the licensing and what it means for the research community. And there’s a lack of awareness about predatory publishers, so more information and support is needed.”

And China isn’t the only Asian country where we’ve seen an increase in researchers publishing open access.

“Regarding OA growth in Japan, more and more authors are publishing in OA journals,” says Natsu Ishii, from Springer, who is based in Tokyo. “It seems that the number of Open Choice take-ups from Japanese authors is relatively large despite there being no open access mandate or policies in place.” 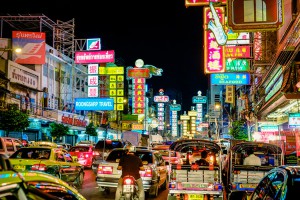 So how can we continue to raise awareness of open access in Asia and provide more information and support for researchers? And how do we ensure that scrupulous standards are maintained?

Well, looking at the key trends, and discussing challenges and best practice will be the focus of the first ever Conference on Open Access and Scholarly Publishing in Asia (COASP Asia), which starts on 2nd June this year.

“COASP started in 2009, so this is the 6th year,” says Claire Redhead, Membership and Communications Manager, OASPA. “All of the meetings so far have been held in Europe and delegates have been from professional publishing organisations, independent publishers and university presses, as well as librarians, university administrators and other stakeholders.”

“The decision to host an event in Asia represents the growth in OA across this region in recent years,” says Bev Acreman, Vice President, BioMed Central and Springer. “We’ll be discussing open access publishing as a global industry with a key focus on Asia as an emerging market. The conference aims to provide a forum in which speakers and delegates can share their thoughts and best practices from all aspects of the field including OA policies, advocacy and the development of OA journals in Asia.”

The very fact that the conference is taking place in Asia serves to further hammer home the importance of the region to the future of scientific research and publishing. One can only assume that there’ll be plenty more to come on this topic in the future.

COASP Asia is taking place from 2nd-3rd June in Bangkok, Thailand. An early bird discount for registrations is available until 31st March 2014.